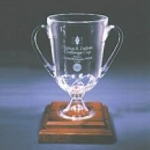 Do you remember the entity grouping FS and FJ islands ? In those days, they were both communes of the department of Guadeloupe, and obviously did not meet the criteria to be counted as 2 separate islands. Do you remember that on 14 December 2007, FJ was added to the list of DXCC entities, following the publication on the Department of State list of special sovereignty territories ON THAT DATE, while the political change referred to took effect on July 15th, 2007 ? Do you remember that this political change affected BOTH islands, and they BOTH and SEPARATELY became overseas collectivities of France ? They are BOTH listed separately on the DoS list.
So, to sum it up, an entity composed of 2 islands, affected by a political change applicable to BOTH islands, leads to the mere creation of 1 new DXCC entity as of the date of publication on the DoS list. (not the date of the effective political change). Right so far ?

Now, let us compare with the PJ situation, and let us limit our study to the PJ2/PJ4 combination. Previously, they were both part of the Netherland Antilles. They BOTH changed status, PJ2 became an “autonomous country” and PJ4 became a commune of the Netherlands. The publication on the DoS list was made on October 12th.
So, to sum it up, an entity composed of 2 islands, affected by a political change applicable to BOTH islands, leads to the deletion of the combination, and the creation of 2 new DXCC entities, not on the date of publication on the DoS list, but retroactively on the date of the effective political change.

If we apply the same logic used for the FS/FJ decision to the PJ situation, the decision should have been to only create either PJ2 or PJ4 (on the date of publication on the DoS list, i.e. October 12th), but certainely not the 2 of them on October 10.
If we apply the logic used for the PJ decision to the FS/FJ situation, the decision should have been the deletion of the entity combining both islands, and the creation of 2 new entities on the date of the effective political change (i.e. July 15th 2007).

In other words, an identical situation leads to 2 very different decisions regarding the DXCC status, using the same criteria.

In previous email correspondance, I have explained to the DXAC why the deletion+creation option is more logical.

My questions are :
How can the DXAC explain the difference of treatment of these cases ?
Why bother about having criteria if they are not applied identically to 2 identical situations ?

It is not too late for the DXAC to come back on their FS/FJ decision and apply the same logic : the decision MUST be changed to the deletion of the combined entity regrouping French Saint Martin and Saint Barthelemy as of July 14th 2007 at 23h59, and create 2 new entities as of July 15th 2007.