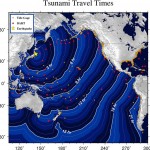 After the 8.9 earthquake that struck near Sendai, Japan at 2:46 JST (0546 UTC) on Friday, March 11, the island nation is trying to recover. Soon after the earthquake — which the US Geological Survey (USGS) is calling the largest to hit the island nation in 140 years — Japan has been rocked by tsunamis and power outages caused by trouble at a nuclear power station. Reports from Japan tell of phone and Internet service still up in most parts of the country. Even so, the Japan Amateur Radio League (JARL) — that country’s IARU Member-Society — has asked that 7.030 MHz be kept clear for emergency use. Other reports are asking that these additional frequencies be kept clear: 3.525, 7.030, 14.100, 21.200 and 28.200 MHz.

IARU Region 3 Secretary Ken Yamamoto, JA1CJP, said that at the request of Central Emergency Communication Committee, JARL is operating JA1RL — its HQ station in Tokyo — and regional HQ stations. He said that JA1RL is using 7 MHz SSB, 144 MHz SSB/FM and 430 MHz SSB/FM: “Many other radio amateurs are thanked for providing information and exchanging support to the rescue and disaster relief operations. Those who can operate in the affected areas are providing a lifeline for rescue teams and those at local shelters. Some stations are operating with car batteries and others with engine generators.”

Yamamoto said that Toru Tanaka, JR3QHQ — the JARL Branch Manager in Osaka — is monitoring 7.043 MHz, gathering incident information on the radio and forwarding this information via the Internet.

On its website, JARL advised radio amateurs in Japan that they may be called upon to be offered or used as a means of contacting emergency response headquarters and a nearby shelter. JARL also advised that depending on the operational status of the shelter and the emergency response headquarters, there might not be any electricity. JARL said that radio amateurs should volunteer to assist when and where needed “in good faith.”

The Hindu Business Line, a newspaper in India, reported that hams in India are contacting hams in Japan to get information concerning their loved ones. When a father in India could not get in touch with his daughter in Japan after the quake, he turned to a friend who was a radio amateur. In turn, the Indian amateur posted a message on an e-mail reflector where another ham relayed the message to a radio amateur in Japan. Through this method, the father learned that his daughter was safe.

Yamamoto said that along with the after-effects of the earthquake and tsunami, “another problem is the nuclear power plant where the water supply system failure caused overheating of the nuclear fuel bar. That caused some radioactive gas release from the plant and people have been evacuated from the surrounding area.”

Yamamoto said that as of 10 AM (JST) on Monday, March 14, police in Japan have stated that the death toll has risen to 1627, with 1720 people still missing. “It is only the official count and the number is still expected to increase,” he said. “Thousands of bodies are reported to have been found on the coast of the tsunami-suffered area.” IARU Region 3 Disaster Communications Committee Chairman Jim Linton, VK3PC, said that a source in the Miyagi prefecture reported that the death toll will be in the order of tens of thousands in that prefecture alone.

The earthquake also damaged electric power generation plants fuelled by oil or natural gas, resulting in a shortage of electricity. Linton said that Tokyo Electric Power Company plans to stop supplying power to certain parts of its service area on rotation basis to cut power consumption. This shortage of power may also stop or restrict the operation of the train systems around Tokyo.

Amateur Radio Response in the US

The tsunami waves impacted the coast and did an estimated $15 million of damage to the Santa Cruz Harbor. More than 100 boats — including fishing vessels, pleasure boats and yachts — were either damaged or sunk as a result of the waves.

Conklin told the ARRL that Santa Cruz was not alone in receiving significant damage as a result of the powerful waves. “Crescent City, located approximately 500 miles north of Santa Cruz, also received heavy damage, causing Governor Brown to declare these areas disaster zones. One person died as a result of being swept out to sea with the high waves.”

In Northern Nevada, hams spent the weekend preparing to handle health and welfare messages in and out of Japan. In a joint exercise, Storey County and Washoe County ARES® members spent two days establishing communications protocol on HF, VHF and on Internet-based voice and data communications systems. According to ARRL Storey County Emergency Coordinator Tom Taormina, K5RC, this was the first time that many of the ARES® members used HF communications to operate in a joint exercise with neighboring counties and foreign countries.

Taormina said that more than a dozen Japanese hams were contacted, all of who were outside the earthquake area. “We are now on standby, awaiting permission of the Japanese government to begin formal third party communications relays,” he said.