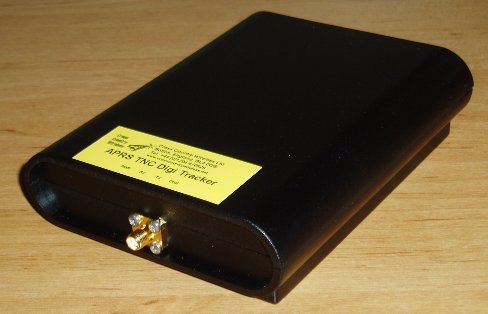 The APRS TNC Digi Tracker isn’t just a mobile APRS tracker.
Connect to the USB port of a laptop, flick a switch and it also runs as a TNC with UI-View displaying local stations on the screen.
Flick another switch and it’s a digipeater as well.

Now available with a built-in Sirf Star III GPS receiver with internal patch antenna and a SMA connector for use with an external GPS antenna.
Just the job for RAYNET or ARES emergency communications or just everyday APRS tracking!

For further information the Operating Manual can be downloaded as a 3.1 MB PDF file here.
A zip file containing the UI-View configuration file and text document explaining how to set-up UI-View to work with the TNC can be downloaded here.