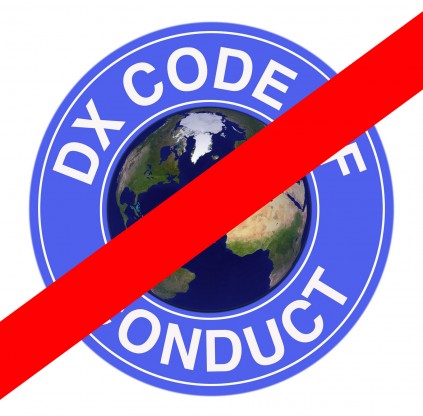 DX Expedition 2011 to the Southern Sudan is a vivid indicator how HAM radio degraded. Recently there has been introduced such a thing as CODE OF CONDUCT. Many HAM’s positively responded to this initiative. But as a result, it seems that nobody is going to abide by this Code. It was just Declaration.

DX expeditions operators are no longer able to cope with the situation and sometimes split smears to incredible sizes. Example – one famous ST0R operator used split at 50 KHz (!) on 21 MHz SSB. The HAM behavior is getting worse we have ever heard on the bands.

The situation is really out of hand. I suspect it comes from CBers who are now becoming Hams since there is no longer any CW (Morse) code testing. It is a very sad symptom and absolutely terrible situation. If it goes on we will have something bad, but definitely no HAM Radio anymore.

Also visit: “LIDS ON THE AIR”

This entry was posted in ham and tagged Code of conduct, DX, ham, ham radio, LIDs. Bookmark the permalink.