Amateur radio is more than a hobby 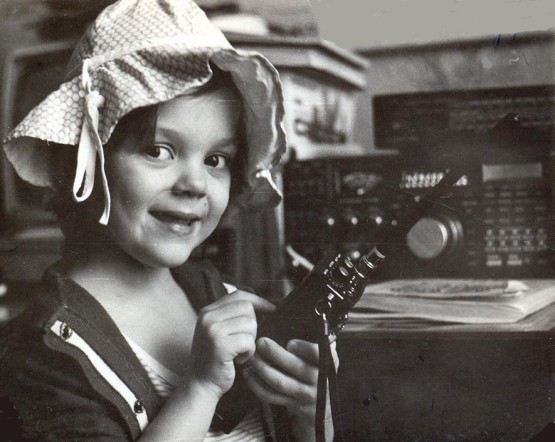 In the event of a natural disaster in which most forms of electronic communication fail, one form can still be counted on to get messages to the right agencies to bring aid to those in need of assistance.

Amateur radio, also known as HAM radio, is used for communication in a variety of situations, including disasters.

“It’s called a hobby, but really it is more of a service, especially as people push to further the use of amateur radio,” said Jason Smith, assistant coordinator of the Webster County Amateur Radio Emergency Service.

“A lot of our guys go to spotter training every year,” Vought said. ‘You’ve got to know what you’re looking at to be able to report it.”

Vought said the spotters and radio operators are often the first to get weather information to the National Weather Service.

“We can be the first to the damaged area and can radio the damage reports back to the National Weather Service,” he said.

“The spotters can report things to the National Weather Service that sometimes, their radars don’t pick up, especially if it is occurring below 2,000 feet,” said Smith.

“It designates specific areas, we’re able to be disbursed to track storms,” Smith said. “Usually within a matter of a few minutes after the storm.”

The technology ARES works with also allows them to work closely with FEMA to provide them with photographs and information they may not receive otherwise.

“It helps give FEMA needed information because sometimes FEMA can’t get there until the clean-up process has begun.”

The ARES group serves as a back-up form of communication when all other forms are unable to work.

“We’re only activated by Emergency Management when everything else has failed,” said Vought.

“With just a radio and a power source we can pass photos and and provide lists of information that can be valuable,” said Smith. “Our national slogan is ‘when all else fails, amateur radio works.'”

Amateur radio has the capability of allowing operators to communicate worldwide, Vought said.

“Our main purpose is always back up communication,” he said. “We can back up locally and worldwide. We can communicate down the street, to the next state over, and when the signals are right, around the world.”

Smith said that affiliation with the International Radio Emergency Support Coalition ties Webster County to every country in the world.

They’ve recently used their equipment to locate a radio operator from West Virginia who was traveling through Iowa to notify him of a family emergency when family members were unable to reach him.

The group of radio operators also assist with traffic control at local events such as parades and the Webster County Health Department’s drive-through flu shot clinic.

This entry was posted in ham, Life and tagged ham, ham radio, hobby. Bookmark the permalink.