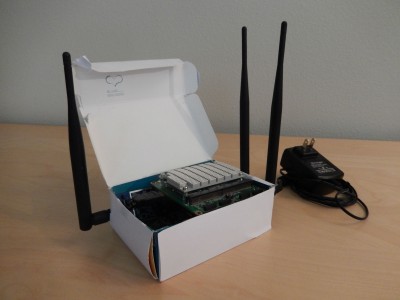 The almost ridiculous extents which government agencies go through to get otherwise private data is sometimes being matched by equally almost ridiculous extents to protect it. Since Tor and VPNs no longer seem to be enough to protect user privacy, for good or for ill, some have taken seemingly drastic countermeasures. Like this Proxyham for example, which combines a Wi-Fi proxy with the concept of a HAM radio. Not only does it let users anonymously connect to Wi-Fi using almost unidentifiable low frequency radio channels, it also lets them connect from about 2.5 miles away.

Proxyham offers privacy protection in both distance and signal frequency. While Proxyham itself connects to a Wi-Fi source in a public spot, the user could be connected half way across town. Spies and law enforcers might be able to locate Proxyham, but that doesn’t mean they will be able to immediately locate the connected user. That last part is even made more difficult by the frequency that Proxyham uses. In particular, it transmits over 900 MHz, which affords not just distance but also masking, as that spectrum is also used by things like two-way radios and cordless phones.

Proxyham may sound like an extreme measure to protect once privacy. It also sounds like something criminal elements might also employ. Rhino Security Labs founder Benjamin Caudill, who designed this device, admits as much. But like any other tool, tech can’t really distinguish between legitimate and illegal purposes. In fact, one might argue that actions of certain agencies have practically made everyone suspect anyway. Guilty until proven innocent.

That said, Proxyham is no perfect solution. At the very least, it can stall locating a person, but it is but a link in a chain that ultimately ends with the user. It doesn’t replace best security practices on the end user side.

The device isn’t exactly complicated either. It is practically a Raspberry Pi with a Wi-Fi card and three antennas, one for connecting to a Wi-Fi hotspot, and two for transmitting data to the user via the 900 MHz spectrum. Caudill plans to make available the source code, blueprint, and specs of Proxyham so that others may follow it, and maybe even improve it. But Rhino Security Labs will also be selling ready to use versions. Future plans for Proxyham include having a “self-destruct” switch as well as a sort of “black box” that can record the last seconds of the proxy before it self-destructs.