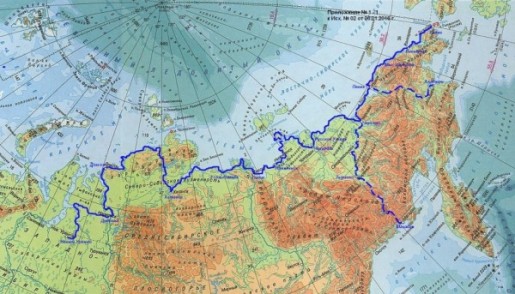 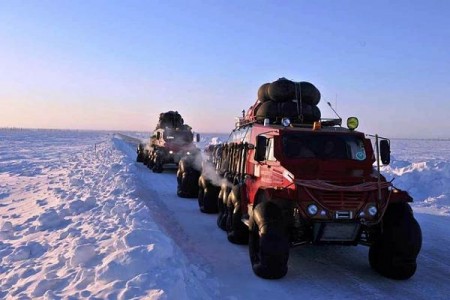 On February 29, from Novy Urengoy (Yamal), the Arctic expedition “The Great Northern Way” 2016 started. The historical and geographical forwarding project devoted to the 400th anniversary of the Northern Sea Route is carried out within the comprehensive research program “Riddles of the Russian Arctic”.

Participants of expedition by 2 all-terrain vehicles will pass a route about 10.000 km long on ice of the Siberian rivers, open spaces of the Arctic tundra, and drifting ices of the Arctic seas of Russia: the Ob River – the Yenisei River – Norilsk – Taimyr Peninsula – the settlement of Khatanga – the mouth of the Lena River – Tiksi – Chokurdah – Cherskiy – Pevek – Cape Schmidt – Welen – (Anadyr – Magadan). Change of a route depending on local conditions is possible. It is possible to watch the course of expedition here.

The head of expedition is the President of Expedition Center “Arctic” of the Russian Geographical Society, the Honoured Master of Sports, the honourable polar explorer of Russia, Vladimir Chukov (R3CA).

Short activation (about one day each) several Arctic islands along the coast of Taimyr, Yakutia and Chukotka is planned: