This special call signs is used to commemorate 30 years since the Chornobyl nuclear power plant explosion which happened on 26 April 1986.

All four Chernobyl reactors were cooled by water, and in the case of losing this coolant it overheated instead of shutting itself down. This faulty and unstable design, coupled with a human factor of bad technical judgment and speedy decisions made by engineers, led to the explosion in the fourth reactor. Prompted by a desire to experiment with a turbine generators ability to pump water in an inert state, reactor engineers increased the power of the generator while severely decreasing most of the safety measures. A state of no control followed, a reaction was poisoned, water boiled, and the emergency cooling system was purposefully shut down. Finally realizing the critical conditions, operators took measures to reduce the reactivity by using graphite control rods. It was a deadly mistake, as graphite only increased the reaction by displacing water from the rod channels. In the early morning of April 26, 1986, the fourth reactor exploded. 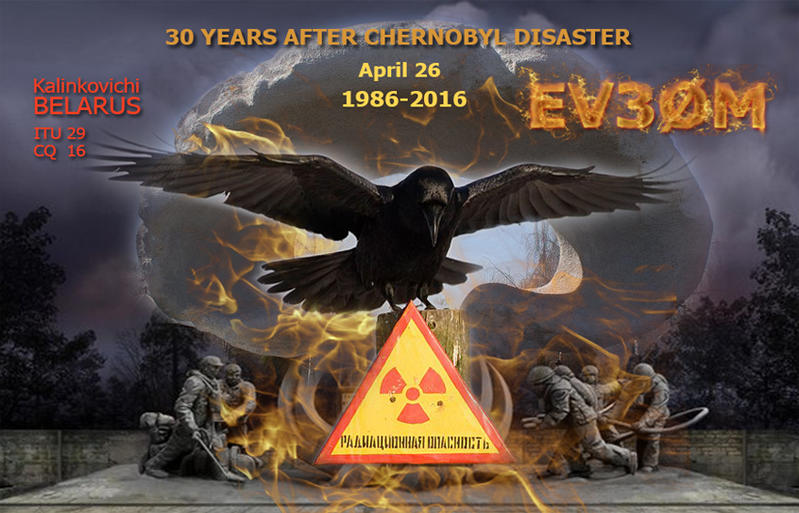 Special QSL Card from the Republic of Belarus EV30M

In the early hours of that spring day, all hell broke loose and hundreds of firefighters were attempting to stop the generator fire. Approximately 300 tonnes of water pumped every hour into the remaining part of the generator, which was damaged beyond repair. According to the World Nuclear Association, they stopped after half a day due to the danger of flooding reactors one and two. In the following days the exploded reactor was still burning, so about 5000 tonnes of boron, clay, sand, dolomite and lead were poured over it by helicopters in an effort to stop the fires and cover the radioactive elements. 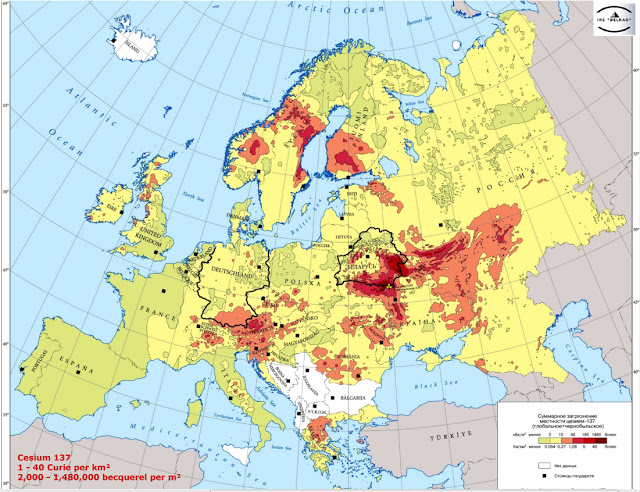 It took the Soviet government a full day to realize the scale of the accident and its consequences. Only after that was the full evacuation of Pripyat and many more villages and small towns in the region ordered. Hundreds of thousands of people were hastily evacuated and later relocated, but for many it was too late. About 28 people who fought the fire and an initial radiation spread died during the first month following the explosion.

While the rushed evacuation of the local population was underway, a spike in radiation was noticed in some European countries. The official news went public only two days after the tragedy. As dangerous fumes were leaking into the atmosphere and water for two more weeks, Ukraine, Belarus, and a few parts of Russia were majorly affected. Radiation, however, touched many other countries of Europe. A nuclear cloud was dispersed over Finland, Sweden, and other territories. In fact, it reached as far as the British Islands.