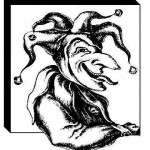 Don’t be fooled tomorrow with AP1RIL fools jokes on the air or DX Clusters.

April Fools’ Day or All Fools’ Day is a day celebrated in many countries on April 1. The day is marked by the commission of hoaxes and other practical jokes of varying sophistication on friends, family members, enemies, and neighbors, or sending them on a fool’s errand, the aim of which is to embarrass the gullible. Traditionally, in some countries, such as the UK, Australia, Canada and South Africa the jokes only last until noon, and someone who plays a trick after noon is called an “April Fool”.Elsewhere, such as in France, Ireland, Italy, Japan, Russia, The Netherlands, Brazil, and the U.S., the jokes last all day. The earliest recorded association between April 1 and foolishness can be found in Chaucer‘s Canterbury Tales (1392). Many writers suggest that the restoration of January 1 as New Year’s Day the 16th century was responsible for the creation of the holiday, but this theory does not explain earlier references.