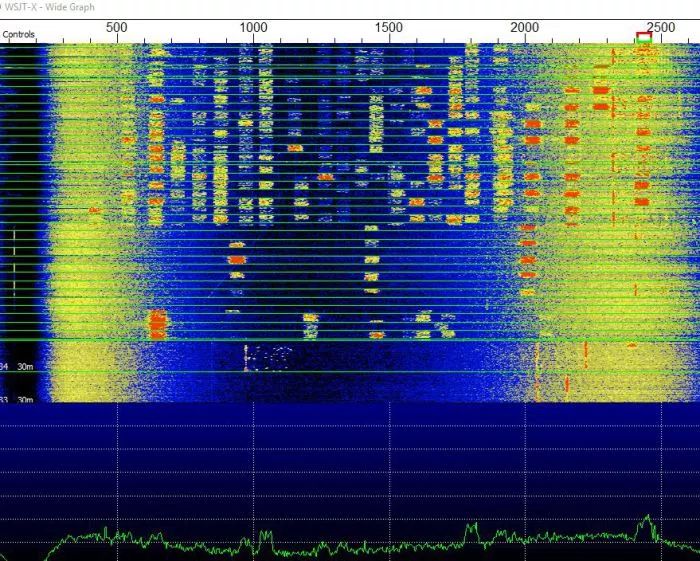 The wave of software-based digital modes over the past several years has altered the atmosphere of the HF bands. Some suggest the popularity of modes that make it possible to contact stations neither operator can even hear has resulted in fewer CW and SSB signals on bands like 6 meters and 160 meters. Traditional modes require far more interaction and effort on the part of the operator; the newer digital modes not so much. The recent advent of the still-beta “quick” FT8 mode, developed by Steve Franke, K9AN, and Joe Taylor, K1JT — the “F” and the “T” in the mode’s moniker — has brought this to a head. Some now wonder if FT8 marks the end of an era and the start of a new, more minimalist age.

“We’ve been as surprised as anyone about the rapid uptake of FT8 for making QSOs on the HF bands,” Taylor told ARRL this week. Rather than viewing FT8 as a total game-changer, he sees a dividing line between such digital modes and more traditional modes.

“SSB and CW are general-purpose modes,” Taylor asserted. “They are good for ragchewing, DXing, contesting, emergency communications, or whatever. FT8 and the other modes in WSJT-X are special-purpose modes. They are designed for making reliable, error-free contacts using very weak signals — in particular, signals that may be too weak for the more traditional modes to be usable, or even too weak to hear.”

Taylor notes that the information exchanged in most FT8, JT65, and other digital-mode contacts “is little more than the bare minimum for what’s considered to be a valid contact.” In addition to call signs and signal reports, stations may exchange grid squares and acknowledgments.

Radio amateurs recently commented in response to a Top Band Reflector post, in which Steve Ireland, VK6VZ, averred that because of FT8, “160-meter DXing has changed, perhaps forever” in recent weeks. Ireland said he downloaded FT8 but just couldn’t bring himself to use it on the air. “My heart isn’t in it,” he wrote. “My computer will be talking to someone else’s computer, and there will be no sense of either a particular person’s way of sending CW or the tone of their voice. The human in radio has somehow been lost.”

In his blog, Steve McDonald, VE7SL, compiled not only Ireland’s posts, but some responses to it, although not identified by name or call sign. One commenter suggested that the game-changing aspect of FT8 is that those who typically operate CW or SSB will gravitate to FT8. “The amount of activity on the FT8 frequency of any band is phenomenal,” the commenter observed. A few complained that no skill is involved in making contacts using computer-based digital modes.

Another suggested that FT8 is already falling victim to its own success, with too many stations crowding around the designated FT8 frequencies. Others were more philosophical, with remarks along the lines of this one: “It is allowing people who have smaller stations the opportunity to get on and use their radios and a computer to make contacts they never would have been able to make. This is great for ham radio!”

Taylor would agree. As he sees it, FT8 won’t replace modes such as CW or SSB. “Nevertheless, it’s clear that — at least in the short term — many hams enjoy making rapid-fire minimal QSOs with other hams, all over the world, using modest ham equipment,” he said. “For this purpose, FT8 shines.”

In a related “lightning talk” at the 2017 ARRL-TAPR Digital Communications Conference (DCC) earlier this year, ARRL Contributing Editor Ward Silver, N0AX, challenged his savvy audience to develop a keyboard-to-keyboard mode “between FT8 and PSK31” that would support casual and competitive operating, be more interference and noise tolerant, and be usable by those with “compromised” stations and antennas. He also challenged his listeners to develop a “smart” spectrum display that would identify signals by mode, so Amateur Radio could move away from the practice of setting aside specific frequencies for digital modes.