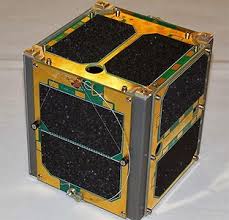 AMSAT is counting down to the launch of the next Fox-1 satellite, Fox-1Cliff. According to Spaceflight Now, the launch from Vandenberg Air Force Base of Spaceflight’s SSO-A SmallSat Express mission, on a SpaceX Falcon 9 vehicle, is currently scheduled for November 19 at 1832 UTC.

More information about the launch and early operations phase will be released prior to launch.

Fox-1Cliff is named in honor of long-time AMSAT member, contributor, and benefactor Cliff Buttschardt, K7RR (SK), who died in 2016. His contributions to AMSAT and other Amateur Satellite programs — including his service as an adviser during the initial development of the CubeSat specification at California Polytechnic State University — earned him the Lifetime Achievement Award from Project OSCAR in 2006.

As part of launch preparations for Fox-1Cliff, AMSAT is making Getting Started with Amateur Satellites available for a limited time as a download with any paid new or renewed membership purchased via the AMSAT Store. Updated annually, the 186-page Getting Started is considered the top primer of satellite operation.

VE3VRW Amateur Radio Satellite Gateway
httpvh://youtu.be/8tOJX-oOZ2Q Video by VA3SF VE3VRW provides a downlink gateway which he links into our Repeater Network. The Gateway can be heard in the Toronto area via the SSPBD Amateur Radio Network...