ARRL Board Okays Changes to DXCC Program, VHF and Above Contesting Rules 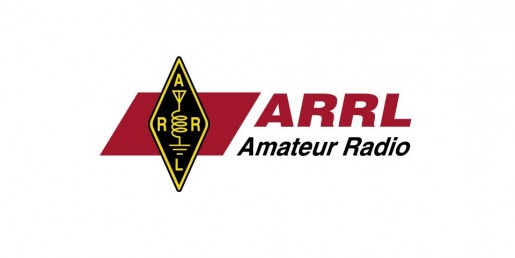 The ARRL Board of Directors has tweaked the DX Century Club (DXCC) rules to clarify and expand their recognition of remotely controlled station technology. It also has added a rule that puts greater ethical responsibility on operators with respect to remotely controlled operation. In addition, the Board adopted changes to the ARRL VHF/UHF contest rules that are aimed at encouraging greater participation. The Board took the actions during its annual meeting January 16-17 in Windsor, Connecticut.

“It has always been permitted for a QSO to count for both stations, if either station was operated remotely from a control point within the same DXCC entity,” Sumner explained. “Now the location of the operator doesn’t matter; the operator could be on the far side of the Moon if he or she could figure out how to remotely control a station on land back on Earth from there.” Transmitter location continues to define a station’s location, and, for DXCC purposes, all transmitters and receivers must be located within a 500 meter diameter circle, excluding antennas.

Under the old rules, if either station was operated from a control point in another DXCC entity, the contact did not count for DXCC for either station. “This was unenforceable unless someone was transparent about what they were doing,” Sumner said.

The Board further adopted a new rule, now Subsection 11 (subsequent rules will be renumbered accordingly), that acknowledges the reality of the technology enabling remote operation, and it puts greater responsibility on individuals when it comes to applying that technology ethically and responsibly.

“Issues concerning remotely controlled operating and DXCC are best dealt with by each individual carefully considering the ethical limits that he/she will accept for his/her DXCC and other operating awards,” the new rule states. It adds, in part, “the owner of these achievements needs to be comfortable standing behind his/her award and numbers. Peer attention has always been a part of awards chasing, of course, but in these times with so many awards and so many players, it is more important than ever to ‘play the game ethically.’”

Subsection 11 acknowledges that technological advances “add to the difficulty in defining rules for DXCC,” but stresses that the intent of the rules is what’s important. “It will continue to be up to the operator to decide what types of legal remote control operating he/she will use (if any) to contribute to an operating award,” the new rule concludes.

The Board also adopted amendments to the General Rules for ARRL Contests Above 50 MHz to encourage greater participation and band utilization. The changes become effective with the 2015 June ARRL VHF Contest. The revisions stemmed from recommendations offered by the Board’s Programs and Services Committee’s ad-hoc VHF and Above Revitalization subcommittee, composed of active VHF/UHF contesters, and they received strong support from the VHF/UHF community.

The subcommittee was charged with developing recommendations to increase the level and breadth of ARRL VHF and above contest participation and encourage operation on lesser-used bands. As a start to the process, the Board approved three changes that will permit assistance for all operator categories, with no effect on entry category; permit self-spotting for all operator categories, and allow single operators to transmit on more than one band at a time.

The changes will permit assistance in arranging contacts, but not in conducting contacts. They will, for example, allow a station to announce its location in a chat room, on a repeater, or even via e-mail.

In other actions, the Board instructed the HF Band Planning Committee — which soon will solicit members’ comments on proposed changes to the ARRL HF Band Plans — to include the possibility of requesting that the FCC add RTTY and data privileges for Novices and Technicians on 15 meters.