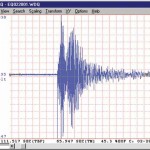 IARU Region 2 Area C Emergency Coordinator, Arnie Coro, CO2KK, is coordinating a multi-national response by hams. There are organized nets on 7.045 and 3.720 MHz; amateurs are asked to monitor the frequencies, but to also keep them clear of non-essential traffic. Amateur Radio operators should also be aware that emergency traffic pertaining to the Haitian earthquake is expected on the SATERN frequencies of 14.265 MHz, 7.265 MHz and 3977 MHz, according to SATERN’s leader, Major Pat McPherson. The Salvation Army is accepting health and welfare traffic requests on its Web site.

“As late as 9:45 PM local time (0245 UTC), we have not been able to contact any amateur or emergency services stations in Haiti,” Coro said in an e-mail. “Amateurs from Cuba, the Dominican Republic, Puerto Rico and Venezuela are monitoring the 40 meter band frequency. We are still keeping watch on 7.045 MHz, hoping that someone in Haiti may have access to a transceiver and at least a car battery to run it,” but so far. no HH stations have checked in. Tuesday’s quake was felt in the Dominican Republic, which shares the island of Hispaniola with Haiti, and in Eastern Cuba, but no major damage was reported in either place.

The January 13 edition of The Daily DX noted that Pierre Petry, HH2/HB9AMO — who was in Cap Haitien (about 140 km north of Port-au-Prince) is “okay”; Petry is in Haiti working for the United Nations World Food Program. Later today, he will be traveling to the capital.

The UN’s 9000 peacekeepers in Haiti — many of whom are from Brazil — were distracted from aid efforts by their own tragedy: Many spent the night hunting for survivors in the ruins of their headquarters. “It would appear that everyone who was in the building, including my friend Hedi Annabi, the United Nations’ Secretary General’s special envoy, and everyone with him and around him, are dead,” French Foreign Minister Bernard Kouchner said Wednesday, speaking on French radio. UN peacekeeping chief Alain Le Roy would not confirm that Annabi was dead, but said he was among more than 100 people missing in the rubble of its headquarters. He said only about 10 people had been pulled out, many of them badly injured. Fewer than five bodies had been pulled from the rubble, he said. The United Nations said the capital’s main airport was “fully operational” and that relief flights would begin on Wednesday, January 13.

The situation in Haiti is still chaotic. More information will be posted as soon as possible. Information is being validated and shared between many amateur groups and news sources as it unfolds.