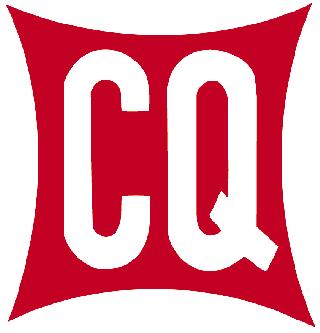 The following are updates made to the 2016 rules, effective for the 2017 CQWW SSB and CW weekends. Full rules will be published soon. In addition to the updates, the thought process behind each update is included. We hope this will provide some insight into the reasons for the updates.

Multi-Single definition: The word “transmitter” is updated to “station/signal” and there is now reference made to the FAQ section. This was in response to a post on CQ-Contest made by a member of the contest community.
Reasoning: This further clarifies the definition of MS as was already provided in the FAQ section.

This language is simplified from prior versions. Basically, it says that a club member can operate anywhere in the world and still have the score count for the participant’s club. The word “reside” is also defined.

GENERAL RULES FOR ALL ENTRANTS has two additions.

Interpreting country and ITU rules has consistently been a topic of debate on several forums, including in the CQWW Contest Committee, such as what is a rule versus what is guideline and what about individual country rules. The CQWW 2017 Rules now remove the option for debate by defining two important frequency limits as part of the rules.

Audio Recordings: The updated rule expands the scope from “top three” to “to five.” It also expands the timeframe for such requests from 90 days to 120 days. The Classic Overlay is now also specifically included in the “top five” definition. Further clarity about the recording now specifies that it must be a continuous recording and that “recordings of individual QSOs” alone in not acceptable. Finally, the category options to which a log can be reclassified, if no recording is provided, are elaborated and expanded, including the addition of a new category (Administrative Check Log).
Reasoning:

Equally, with the possibility of a top 3 being “knocked out,” the timeframe for such requests (for a recording) was expanded to 120 days.

Specifying that the Classic overlay is included in the recording requirement closes a perceived gap in the Rules as they were written. This was done based on feedback from the contest community.

At least one “top 3” entrant submitted a recording that was not a continuous recording but instead recorded each individual QSO. This prevented the committee from hearing how the entrant was tuning the band, something which is essential to proper adjudication.

In 2016, the committee was faced with a difficult decision about what to do with entrants who did not, or were not able to, submit the required recording. Disqualification of an entrant for failure to make a recording, in many cases, did not seem appropriate, and some of those were made into a Check Log. However, such action by the committee then groups the entrant in with those who actually submitted their log as a Check Log. Therefore, a new category, designed specifically for future top 5 entrants who do not or are not able to submit a recording as required, was created.

Historically, the BAD and NIL penalties have, for decades, been 3:1. The 3:1 penalty dates back into the paper log days, well before the release of the IBM XT home computer. In 2013, the penalty was changed to 2:1. The current committee leadership feels that the 3:1 penalty provided more incentive to “get the call right,” and so it is reinstated.

The MS and M2 categories have strict time requirements. It is possible to alter the time that an individual QSO is logged so that the QSO (or QSOs) no longer results in a band change violation. In the past, some entrants would have a “small number” of such events, also known as “rubber-clocking.”

Over the years, there has been debate within the committee on how such offenses should be addressed. Some argued that rubber-clocking is intentional cheating and that even one such violation should result a DQ. Others argued that it is not “fair” to DQ a log with thousands of QSOs for just one or two falsified contacts. Both arguments have merit.

However, if the falsified QSOs are simply removed without a penalty, then the entrant has not incurred any harm by cheating; their score is simply returned back to where it should have been. This means that the entrant has no potential downside impact. If the committee fails to find the rubber-clocking, the cheaters win. And if the committee does find the rubber-clocking, then, under the previous rules, the cheaters suffer no injury, because they simply lose the QSO. So really, they still win. Risk without possible consequences only encourages risk, in this case, cheating.

Now, with the 10x penalty for rubber clocking in place (for both points and mults), there is a strong incentive for the entrant to not falsify the logged times (rubber-clocking). If they cheat and get caught twice, they will lose a lot of points and even worse, 20 multipliers (or 40 multipliers if both QSOs were “double mults”). The idea is to make the penalty for altering logged times so intolerable (high penalty), that the entrants will not be tempted to try.

As has always been the case, excessive rubber-clocking (intentionally subjective) will result in disqualification of the entry along with DQ for all of the operators at that station.

Please note that any band-change-violation which does not involve altering the actual time of the QSO is not impacted by the 10x rule.

Rule changes discussed, but not approved

What’s SO2R?
YCCC invited me to help produce an instructional video on SO2R operating, the most challenging way to maximize QSO rate. Thanks to Randy K5ZD for giving us a look at this unique mode of operating. For...