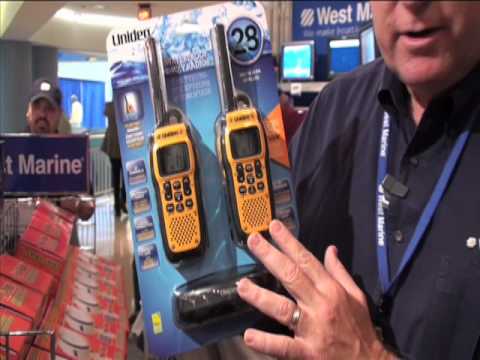 In a lengthy Report and Order (R&O) in a proceeding (WT Docket No. 10-119) dating back 7 years, the FCC has announced rule changes affecting the General Mobile Radio Service (GMRS), the Family Radio Service (FRS), the Citizens Band Radio Service (CBRS or “CB”), as well as other applications that fall under the FCC’s Part 95 Personal Radio Services (PRS) rules and regulations. Part 95 devices typically are low-power units that communicate over shared spectrum and, with some exceptions, do not require an individual user license from the FCC. As the R&O explains, common examples of PRS devices include “walkie-talkies;” radio-control cars, boats, and planes; hearing assistance devices; CB radios; medical implant devices; and Personal Locator Beacons.

“This draft Report and Order completes a thorough review of the PRS rules in order to modernize them, remove outdated requirements, and reorganize them to make it easier to find information,” the FCC said in a summary attached to the R&O. “As a result of this effort, the rules will become consistent, clear, and concise.”

GMRS and FRS devices are used for personal communication over several miles; compact FRS handhelds, often sold in pairs, are widely available. While GMRS and FRS share spectrum, GMRS provides for greater communications range and requires an FCC license; FRS does not.

The amended rules eventually will eliminate combination FRS/GMRS radios for the most part, but allow up to 2 W PEP output for FRS transceivers. “[M]any current users of GMRS/FRS combination radios do not obtain licenses to operate over the GMRS frequencies in those radios,” the FCC said. “Much of this problem likely arises as a result of the mass consumer marketing of combination devices for sale to the public in large quantities to users who do not know about or do not understand the licensing requirements attached to such radios and obligations associated with operating in the GMRS.”

The FCC said it no longer will certify FRS devices that incorporate GMRS capabilities or capabilities of other services. Existing GMRS/FRS combination radios that operate at power levels of less than 2 W ERP will be reclassified as FRS devices; existing GMRS/FRS radios that operate above that power level will be reclassified as GMRS devices, requiring an individual license. Radios that can transmit on GMRS repeater input channels will continue to be licensed individually and not by rule.

“We believe the 2 W limit for FRS is appropriate, because many of the existing combination GMRS/FRS radios already operate under that level with no significant complaints about interference or other problems, and it provides a reasonable balance between the desire for increased range over the prior FRS power levels and battery life,” the FCC said.

The FCC said changes to the decades-old Citizens Band (CB) rules will remove outdated requirements, including certain labeling requirements. DXing on Citizens Band will become legal too. Once the new rules are effective, CBers will be allowed to contact stations outside of the FCC-imposed — but widely disregarded — 155.3-mile distance limit. The revised CB rules further clarify how hands-free devices can be used with CB radios and will allow the use of wireless microphones with CB radios. “We find the record persuasive regarding the consumer demand for this feature, and it will promote safety on the highways by reducing driver distraction for those using CB [radios],” the FCC said. The FCC left in place the current power limits for the CB Radio Service.

The rule changes will phase out the use of voice-scrambling or “obscuring” features in all Part 95 devices, and it will ultimately prohibit manufacture, importation, or sale of any devices incorporating such features, “regardless of whether the Commission has previously certified that radio.”

Overall, the FCC said, its action “achieves a thorough review of Part 95 rules and creates a new rule structure where common administrative rules are consolidated to reduce duplication, and individual subparts are structured with a common numbering scheme.” The FCC said the changes remove “outdated and unnecessary rules, while clarifying others.”

Most of the new Part 95 rules will become effective 30 days after their publication in The Federal Register.