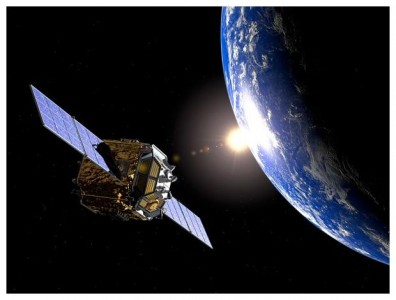 AMSAT-NA announced in late April 2015 that, if all goes according to plan, an Amateur Radio payload will go into space on a geosynchronous satellite planned for launch in 2017.

The ARRL report that AMSAT-NA has accepted the opportunity to be a “hosted payload” on a spacecraft that Millennium Space Systems (MSS) of El Segundo, California, is under contract to design, launch, and operate for the US government. The satellite’s potential footprint could extend over the US from the Mid-Pacific to Africa.

The amateur radio payload will comprise a Software Defined Transponder capable of supporting many different modes, including analog SSB. The uplink will be in the 5830-5840 MHz band and the downlink in 10450-10500 MHz. The Amateur Radio payload must be delivered for testing and integration by spring 2016.

AMSAT-NA Vice President-Engineering Jerry Buxton, N0JY, explained that the geosynchronous footprint will not be absolutely fixed; some variation may require some up/down movement of the user’s dish at certain times — although not continuously. He said AMSAT-NA is working on this issue in terms of what to recommend for ground stations, but that even in the worst case, a user with a fixed antenna would still be able to enjoy several hours of access each day.

A special case of geosynchronous orbit is the Geostationary Earth Orbit (GEO) which is a circular geosynchronous orbit at zero inclination (that is, directly above the equator). A satellite in a geostationary orbit appears stationary, always at the same point in the sky, to ground observers. This means the ground station antennas do not have to move, but can be pointed permanently at the fixed location in the sky where the satellite appears.

Qatar’s Es’hail 2 geostationary satellite will carry amateur radio transponders that could link amateurs from Brazil to India. The satellite is expected to launch by the end of 2016 and will be positioned at 25.5 degrees East.