MR. RADIO, W4BPD, and GUS M. BROWNING; three names, one person! Anyone associated with Ham Radio during the years mentioned in the marquee would have known of Mr. Browning. He sailed the seas around the Globe several times setting up Ham Radio stations in remote lands from which few, or no radio transmissions had ever been transmitted. The following articles that appeared in Mr. Browning’s DXers Magazine, will take you to some of those remote places with stories recorded by Gus and his loyal wife, Peggy. Some of the stories will make you laugh and yearn for the adventurous life that the two experienced long before Satellite Weather forecast, Personal Computers and the Internet. (JWB, 6-01-05) 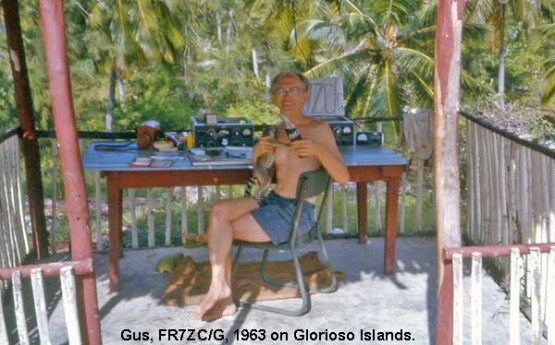