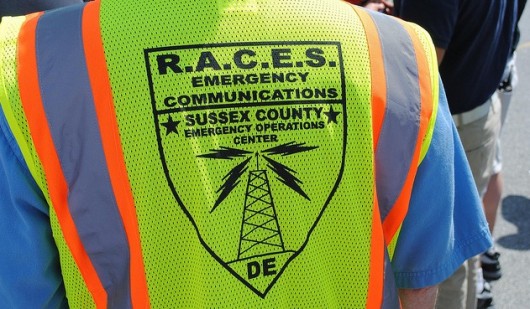 Amateur radio operators are still assisting with disaster communications, after last weekend’s snowstorm and massive power blackouts that followed. The storm, which dumped more than a foot of wet snow on many areas, brought down tree limbs and power lines, and left more than 700 thousand Connecticut homes in the dark.

For ham radio, the Connecticut Section of the Amateur Radio Emergency Service (ARES) has been activated to assist with auxiliary communications at shelters for displaced people and emergency operation centers. Betsey Doane, CT Section Manager, says hams are still working in Windsor, Granby, Wallingford, Winsted, Middletown, Manchester and Bloomfield, some of which had complete townwide power outages.

Ironically, the storm hit on October 29th, the same day Connecticut hams conducted their annual Simulated Emergency Test, which was supposed to feature a mock earthquake and hurricane, he said. The snow storm also wreaked havoc on cell phone towers, many of which became inoperable due to lack of generator power, leaving smartphone users with no signal.

State police Troop I in Bethany, serving south central Connecticut, lost telephone service and the link to its radio system and had to rely on other barracks to dispatch emergency calls for more than a day. Local emergency managers had to scramble to set up disaster shelters, when it became clear that thousands of people would be without heat for an extended period of time.

The Connecticut National Guard was mobilized early in the week, assisting local police and delivering water and pre-packed food rations to shelters and homeowners.