Tom Christian, who has died aged 77, was a great-great-great-grandson of the Bounty mutineer Fletcher Christian and a leading citizen of Pitcairn, a tiny British island dependency in the Pacific with a current population of fewer than 50 people. 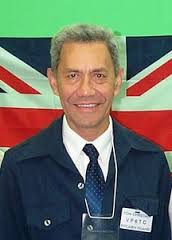 Christian, one of the few Pitcairners of his generation to be educated abroad, became an internationally known ham radio operator, and as chief radio officer of the island maintained the islanders’ link with the rest of the world for many decades. Among other things, he imported the first electric fridges, battery lights and motorcycles to Pitcairn; served on the island’s governing council; and developed a sideline as an entrepreneur, selling such things as postcards, mail-order filmstrips, and carvings.

Thomas Coleman Christian was born on November 1 1935. His father, Frederick Christian, was a popular preacher in the Seventh Day Adventist Church (to which the islanders converted from Anglicanism in the 19th century) and served as the island’s chief magistrate in the 1940s.

The majority of the islanders are descendants of the nine British sailors who in 1789, under the charismatic leadership of their Master Mate Fletcher Christian, rose in mutiny aboard HMS Bounty against the ship’s captain William Bligh. In January 1790 the mutineers and a group of 19 Tahitian friends and lovers settled on the remote and uninhabited island of Pitcairn, where they felt safe from retribution. Tom Christian was a direct descendant of Fletcher Christian and his Tahitian wife Mauatua, who also went by the nickname of “Mainmast”.

Sealed off for generations from the rest of the world, Pitcairn became a closed, backward, inbred society with its own social codes and dialect — a hybrid of Tahitian and 18th-century English.

In the Second World War, however, the outside world came calling in the form of New Zealand servicemen who established Radio Station ZBP for use in naval communications, at a place called Taro Ground. Tom Christian became so fascinated by their activities that in 1952, at the age of 17, he left Pitcairn to train as a radio telegraph operator at Wellington, New Zealand, travelling on the RMS Rangitoto.

“I was up before daylight,” he recalled. “I went on deck and saw Wellington and these lights running. It seems dumb, but I didn’t know that those running lights were cars.”

He returned to Pitcairn in 1955 and began work at Radio Station ZBP, training an assistant to stand in for him when he was absent or indisposed – a wise precaution as it turned out: in 1959 he developed acute appendicitis and had to be shipped off the island for emergency surgery in New Zealand. With his abdomen packed in ice and in severe pain, he barely survived the voyage to a hospital in Auckland.

Apart from a year spent as a radio officer with the New Zealand Union Steam Ship Company and seven months working in California for a Seventh Day Adventist radio station, he remained Pitcairn’s chief radio officer until 2000, presiding over the upgrading and expansion of the station. In 1966 he married a fellow islander, Betty Christian, with whom he had four daughters.

Apart from his “official” duties at the Radio Station, Christian spent a lot of time repairing burnt-out generators, radios, and other appliances, repairing buildings and doing many other odd jobs. He was active in the island’s church, serving as head elder for several years, and also served on the Island Council as the Governor’s appointed member, where he was known for his willingness to challenge popular opinion.

Sociologists and documentary-makers who visited the island over the years tended to present it as an innocent island idyll where crime was rare and everyone was on first-name terms. But the reality was rather different. From the very beginning Pitcairn was beset by problems. Within a few years of its settlement, nearly all the original mutineers, Christian included, had been killed, victims of feuding and sporadic massacres triggered by alcoholism and sexual jealousy. The late 20th century, meanwhile, saw a near catastrophic decline in the island’s population from a pre-Second World War high of 233 to between 46 and 48.

Christian had mixed feelings about his decision to remain on the island. “The advantage,” he told an interviewer in 1989, “is freedom. You don’t have to worry about locking doors. You are not tied to a 40-hour week. I can go down to the valley with my knife and cut bananas or go fishing whenever I want.” But, he admitted, “I never thought I would live here as long as I have. You know, I like that world out there in many ways.” 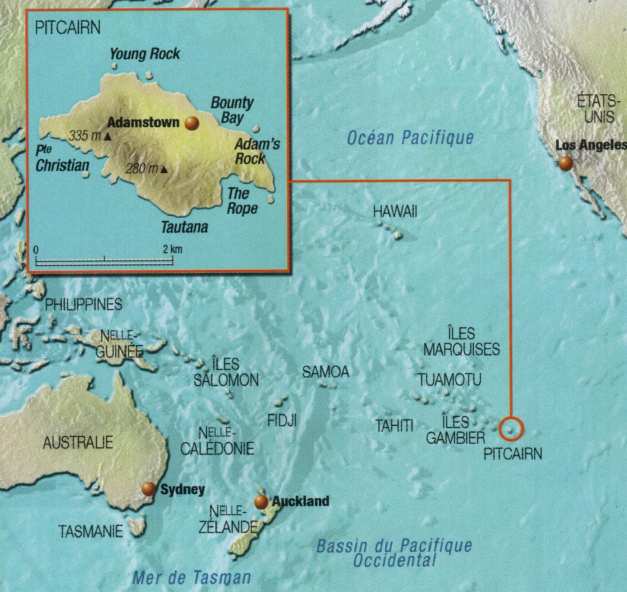 His principles were put to the test in 2004 when seven of the island’s men (precisely half its 14 full-time male residents) were charged on 55 counts of rape, indecent assault and gross indecency against Pitcairn girls ranging in age from five to 15. After extensive trials six of the men were convicted, including Steve Christian, the island’s mayor at the time.

The trial was punctuated by legal challenges from residents, backed by many of the island’s women, who denied Britain’s judicial authority on the grounds that the original mutineers had effectively renounced their British citizenship by burning the Bounty in 1790, and who complained that they had never been officially informed that legislation, such as the Sexual Offences Act 1956, was applicable to them. The court heard evidence from a British social worker who had visited the island in 2000 that Pitcairn was a society in which sex permeated everything: childhood sex games and abuse were commonplace, as were pregnancies and abortions among young, unmarried girls.

The case left Pitcairn’s inhabitants, almost all of whom are interrelated, bitterly divided, with many accusing the authorities of riding roughshod over hallowed Polynesian tradition. Colleen McCullough, the Australian author of The Thorn Birds and wife of a well-known Pitcairn descendant, harshly criticised the British for prosecuting what even the Foreign Office conceded was a “cultural trait”. “It’s Polynesian to break your girls in at 12,” she maintained.

So it took some courage for Tom Christian and his wife Betty, as community elders, to support the whole judicial process. While Tom was one of the few island men who police believed had not been involved in any abuse, his wife stood up in court to testify that the islanders had always considered themselves British and were perfectly well aware of what was legal and what was not. But as Tom Christian admitted: “It’s a big mess. We want it to go away.”

Tom Christian was appointed MBE in 1983.

He is survived by his wife and daughters, Jacqueline, Raelene, Sherileen and Darlene.