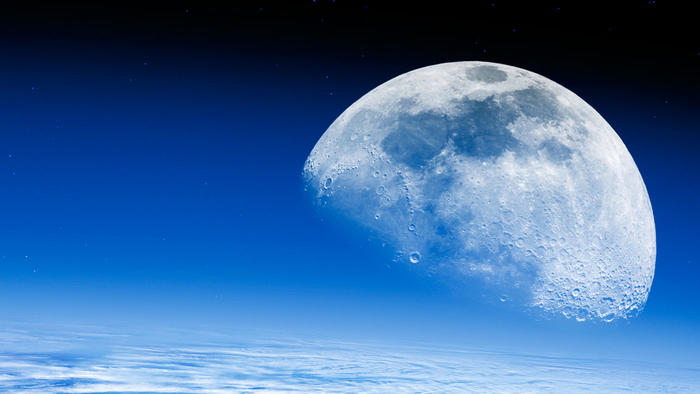 NASA Cube Quest Challenge (CQC) team partnered with AMSAT-NA is among the five CQC teams to receive $20,000 each from the space agency as part of a competition that could lead to a lunar-orbiting Amateur Radio satellite. The Ragnarok Industries Nano-Satellite Company team, comprised of former NASA Goddard Space Flight Center PhD engineering interns, is designing the 6-unit (6U) Heimdallr CubeSat to test advanced propulsion and communication technologies for lunar and deep-space missions. AMSAT would develop the 5 GHz uplink/10 GHz downlink — the so-called “five and dime” paradigm — Phase 5 Amateur Radio transponder for the spacecraft, and AMSAT’s Ground Terminal initiative is supporting the effort. The five teams announced on September 9 scored highest in the first of four “ground tournaments” making up the initial phase of the $5 million CQC. The three teams with the highest total cumulative scores will be offered rides as secondary payloads on the first Space Launch System (SLS) mission, Exploration Mission 1 (EM-1) in 2018.

The August tournament winnowed the competition from 13 teams that presented initial spacecraft designs, and it did not involve any hardware. Cockrell likened it to a “mission concept review.”

The project’s Howie DeFelice, AB2S, said that at the end of the SLS mission, AMSAT would take control of the satellite and operate it in lunar orbit.

“This will be AMSAT’s first P5 satellite,” DeFelice said. “It will also be the most advanced satellite since AO-40, even though it will be smaller than AO-10 and AO-13. At 6U it will be about the size of two reams of paper stacked together.”

Other semifinalists included the KitSat design team at Massachusetts Institute of Technology; Cislunar Explorers, made up mostly of Cornell University students; Team Miles, and Novel Engineering, which is developing a CubeSat named “Space Pig.”

The next ground tournament will take place early next year, and even teams that were not among the five selected or did not take part in the August tournament are still eligible to compete. Teams not participating in the ground tournaments or not finishing in the top three still may pursue the lunar and deep space prizes by arranging their own launch opportunities.

The Heimdallr satellite — named for a Norse deity — plans to test advanced propulsion and communication technology. According to information filed for International Amateur Radio Union (IARU) Satellite Frequency Coordination, Heimdallr would be a 3-axis stabilized 6U CubeSat weighing approximately 8 kg. It would have a cold-gas thruster and a star tracker for navigation. Deployable, gimbaled solar panels would produce up to 100 W of dc power. Electric propulsion will be used to achieve lunar orbit. The onboard communication gear would use a combination of omnidirectional and directional patch antennas on one side of the spacecraft.

The first part of Heimdallr mission is to provide telemetry, tracking, and command to obtain lunar orbit, the second is the data downlink experiment, and the final component is to provide a two-way regenerative repeater and analog repeater in lunar orbit for the lifetime of satellite. The omnidirectional, directional, and analog transponders would downlink in the 10 GHz amateur band, while the uplinks would be in the vicinity of 5.6 GHz.

“Heimdallr will feature non-volatile and non-energetic electric propulsion to reach lunar orbit,” Ragnarok Industries explains on its website. “By not having a pressurized vessel nor carrying dangerous chemicals, Heimdallr will be one of the safest 6U CubeSats” aboard NASA’s EM-1 Mission in 2018.