Men in Black and HAM Radio 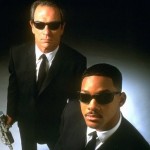 The South African “Sunday Times” reports that pensioner Greg Roberts ZS1BI has been labeled a threat to US national security.

Using a telescope in his back-yard Greg ZS1BI found and recorded footage of a secret space craft, the X-37B, developed by the US Air Force.

The SA “Sunday Times” reports that:

With the help of a group of amateur astronomers from around the world, including a petrol attendant in Canada, he calculated that the top-secret spacecraft took about 92 minutes to orbit earth and flies over hot spots such as Afghanistan, Pakistan, Iraq and Korea.

He said that his group had been labelled a threat to national security by the US Congress. “My wife and I joke that the Men in Black will walk up our driveway some day,” said Roberts.

> has been labeled a threat