Journey to one of the world’s largest Radio Telescope

The weather was wonderful and I decided to go to one of the world’s largest radio telescope, located in 45 minutes by car. The telescope is located about 1.3 km northeast of the village of Effelsberg, a southeastern part of the town of Bad M?nstereifel. It is placed less than 300 m west of the 398 m high H?nerberg, which is already in the neighbouring Land of Rhineland-Palatinate.

A hiking path leads past the telescope; in 2004 part of this was turned into a planet trail with information panels about the Solar System with its planets. The trail ends at the 39 cm model of the Sun next to the visitor center. 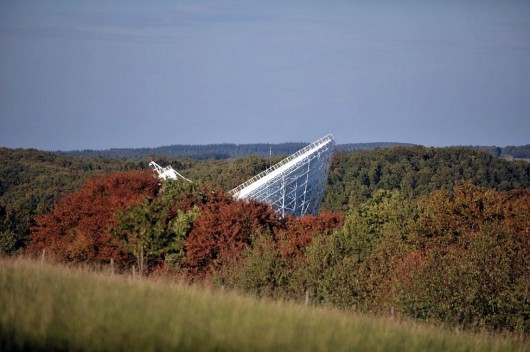 The Effelsberg radio telescope is operated by the Max Planck Institute for Radio Astronomy in Bonn. It was constructed from 1968 to 1971 and inaugurated on 1 August 1972. A major technical difficulty in building a radio telescope of 100 m diameter was how to deal with the deformation as the – supposedly parabolic – mirror moves and tilts. The Finite element method was used to construct the mirror support in such a way that the deformed mirror will always take a parabolic shape. The focus will move during such deformation, and the receiver has to be moved accordingly. Tests after completion of the telescope showed that the intended accuracy of the mirror surface of 1 mm had not only been met, but exceeded significantly.

About 45% of the observing time is available to external astronomers. The Effelsberg 100-m telescope was involved in several surveys, including the one at 408 MHz (73 cm) by Haslam et al. For 29 years the Effelsberg Radio Telescope was the largest fully steerable radio telescope on Earth. In 2000 it was surpassed by the Robert C. Byrd Green Bank Telescope in Green Bank, West Virginia with an elliptical 100 by 110-metre aperture. 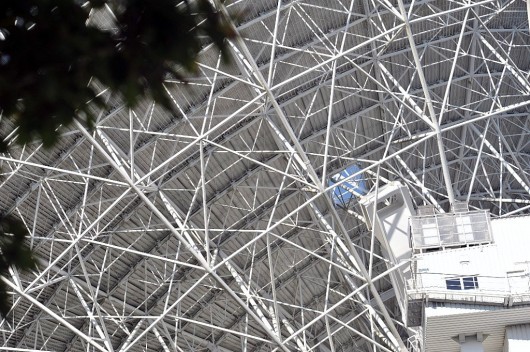 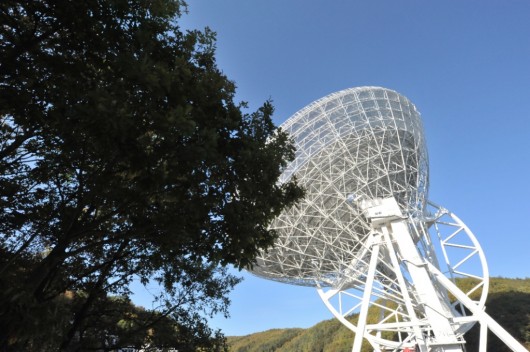 The photos were taken by D700 NIKON camera with different NIKKOR lenses. The Radio Telescope Dish has been so large when I approached and I decided finally to use the wide-angle FX 14-24mm NIKKOR lens.