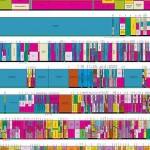 As of 5 November 2009 Norway has added 70 MHz to the radio amateur bands in Norway, Svalbard, Bear Island, Jan Mayen, Bouvet Island, Peter I Island and the Norwegian land areas on Antarctica.

Also as of 4th November, the Finnish regulator, has granted access to the 4 m band in Finland.

There are various restrictions on use in certain areas.

It would appear that Norway have granted ordinary full licence amateurs usage of the 5 mHz band. Previously this was only allowed to groups such as clubs from fixed stations and for organisations involved in emergency planning. In the past only a couple of fixed frequencies or channels were available for experimentation in the band. Now it appears they have been a section of band from around 5.260-5.410 without restriction although other Norwegian amateurs I have spoken to seem concerned they have not seen any sort of band plan yet.

I worked Lars LA2OKA who was 57 to 59 on 5.3985 with fading and later heard Pers LA1TNA at first a steady 59 but the band was going out and he faded before I got him in the log. I use a resonant dipole at 30 feet over a reflector at 6 feet that is 10% longer than the dipole and 100 watts. Lars told me he was running their legal maximum of 100w on the band.

Various questions remain unanswered, such as are they allowed portable or mobile operation? and is this a blanket issue to all LA full licence holders or a variation they have to apply for? I have scoured the web but so far very little information appears available. One UK station asked if LAs could speak to UK military cadets. I somehow suspect not. Even though the (probably) unique ability for 5 mHz NoV holders to talk to none amateur stations in the form of military stations is written into the notice I personally have only spoken to two military stations since I had my NoV.

The UK 5 mHz NoV ends in 2010 so hopefully the Norwegian decision will help to get an extension if not an outright amateur allocation in the band.

Update: Speaking to Per LA1TNA today (Sunday 8th November 2009) I was informed that the band allocation was to all Norwegian Amateurs (no permit required) and is un-channelised with no restrictions on mode. Allocation is on a secondary basis and has no time limit like the UKs NoV.