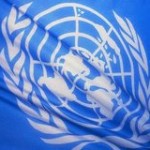 I would like to tell you that  P5/4U1IAEA unfortunately is a Pirate Station.

I just had short telephone conversation with Jun JH4RHF. He has been working in IAEA (Vienna)  many years. He has confirmed that it’s a pirate station.

Thanks for call me midnight (!) to inform about this.
I believe it is pirate, because
– I do not know any news of issue of 4U1IAEA callsign, though I am working next to the IAEA.
– I do not know any DXers working at IAEA
– furthermore, I belive IAEA stopped their inspections to DPRK due to political difficulty.

Anyway, it is funny such pirate happend in time I am staying (South) Korea for other purpose !