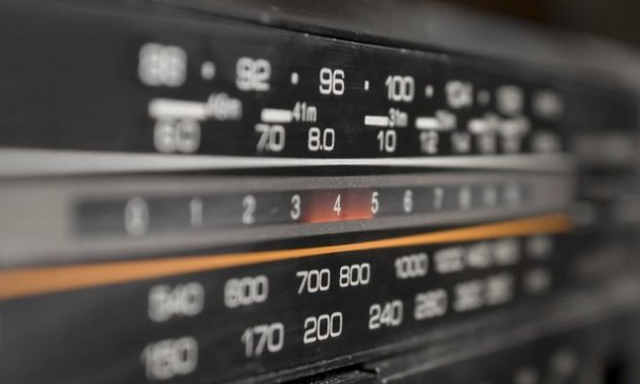 In the early days of espionage, long before the advent of burner phones, satcoms, and other modern-day spy gadgets, getting word to field agents—especially those working behind the Iron Curtain—proved a dangerous game with global consequences should the agent’s cover be blown. But that’s where number stations, and their uncrackable radio codes, come in.

A number station is one of many short-wave radio stations broadcasting a seemingly endless series of encoded messages throughout the world. To the untrained observer, these broadcasts sound like gibberish. They’re typically recordings of a synthesized female voice (they’re almost never real humans) reading strings of alphanumeric characters, often in a variety of languages including Spanish, German, English, Russian, and Chinese—or just straight morse code.

These stations first came to the public’s attention in the 1960s, when a Time magazine article revealed that they had been in use since the end of WWII, however additional research by The Conet Project suggests that they might have been put in place as far back as WWI. Nobody’s really sure when these systems first came online. In fact, no government in the world has ever even confirmed that these stations exist, much less what they’re used for.

The leading theory behind their use—albeit one just as speculative as any other—is that these stations are transmitting encoded messages to covert intelligence agents working in hostile territories. It’s not like you can just dial up a “cultural attache” working Pyongyang and ask how the spy works is going.

The number station system is, when used correctly, is virtually impossible to detect and essentially foolproof. All the agent requires is a commercially-available shortwave radio and a one-time pad to decipher the message. So long as they’re not under electronic surveillance or have the one-time pad discovered, there’s effectively zero chance of having the message intercepted and decrypted. According to Spycraft by Robert Wallace and H. Keith Melton the system works like this:

The one-way voice link (OWVL) described a covert communications system that transmitted messages to an agent’s unmodified shortwave radio using the high-frequency shortwave bands between 3 and 30 MHz at a predetermined time, date, and frequency contained in their communications plan. The transmissions were contained in a series of repeated random number sequences and could only be deciphered using the agent’s one-time pad. If proper tradecraft was practiced and instructions were precisely followed, an OWVL transmission was considered unbreakable. […] As long as the agent’s cover could justify possessing a shortwave radio and he was not under technical surveillance, high-frequency OWVL was a secure and preferred system for the CIA during the Cold War.

Perhaps the best known number station is commonly known as the Lincolnshire Poacher—named after the English folk song as two of the tunes stanzas are used to separate encrypted strings—and is widely believed to be an MI6 asset. It broadcast regularly originated from the island of Cyprus, likely from the RAF base at Akrotiri. It’s sister signal, dubbed Cherry Ripe, performed the same function but originated out of Australia. Neither station is still active, probably having been cycled out of use as their notoriety grew.

And even with the advent of modern, heavily-encrypted communications systems, number stations remain a viable means of issuing directives to covert agents. “Nobody has found a more convenient and expedient way of communicating with an agent,” Rupert Allason, a highly regarded author on the subject of espionage, told the BBC. “Their sole purpose is for intelligence agencies to communicate with their agents in denied areas – a territory where it is difficult to use a consensual form of communications.”