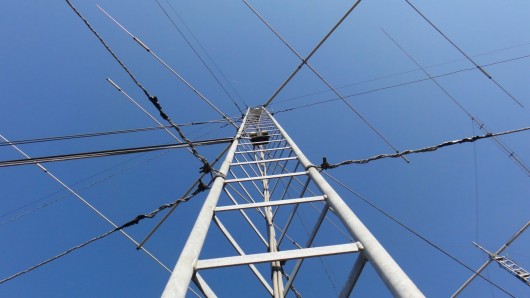 On the second day, when the bands were opened slightly, reached up to 9 QSO rate per minute in the huge pile-up from Russia. It was a lot’s of fun 🙂
Made several QSO via the satellites, as well as 80m QRPp (100 MW) by our third operator Serge F0EQE.

While working on the 40m band observed a very strange phenomenon, when all the bands were switched off.  Just for 1 minute literally from the crowd stations the band become completely emptied. Like somebody turn off the Light in the Heaven. For my more than 30 years ham radio experiences I never heard (saw) this phenomenon before. All bands were become silent at the moment and even the Megawatt signals of broadcasting stations could not be heard. At first I thought that something had happened with the antennas, but this could not be happen with all the antennas simultaneously… It was strongest X-Flire that reached the Earth planet and blocked all signals at the moment.

At night, watching the spectacular polar lights (at a latitude of Strasbourg), which is very unusual.

On the second day the 10m was opened in the direction North and South America. Remembered the good old days… Lot’s of stations called us by QRP but signal were stable and readable.

Many thanks for the hospitality to Serge F0EQE all TP2CE Staff members. Thank you for the five repeated QSO to Anthony RV3DHC and its significant contribution, expressed in the creation of several target=”_blank”>YouTube videos ! 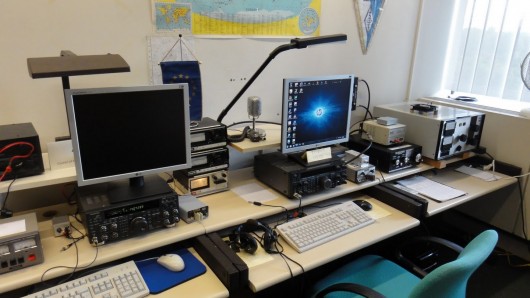 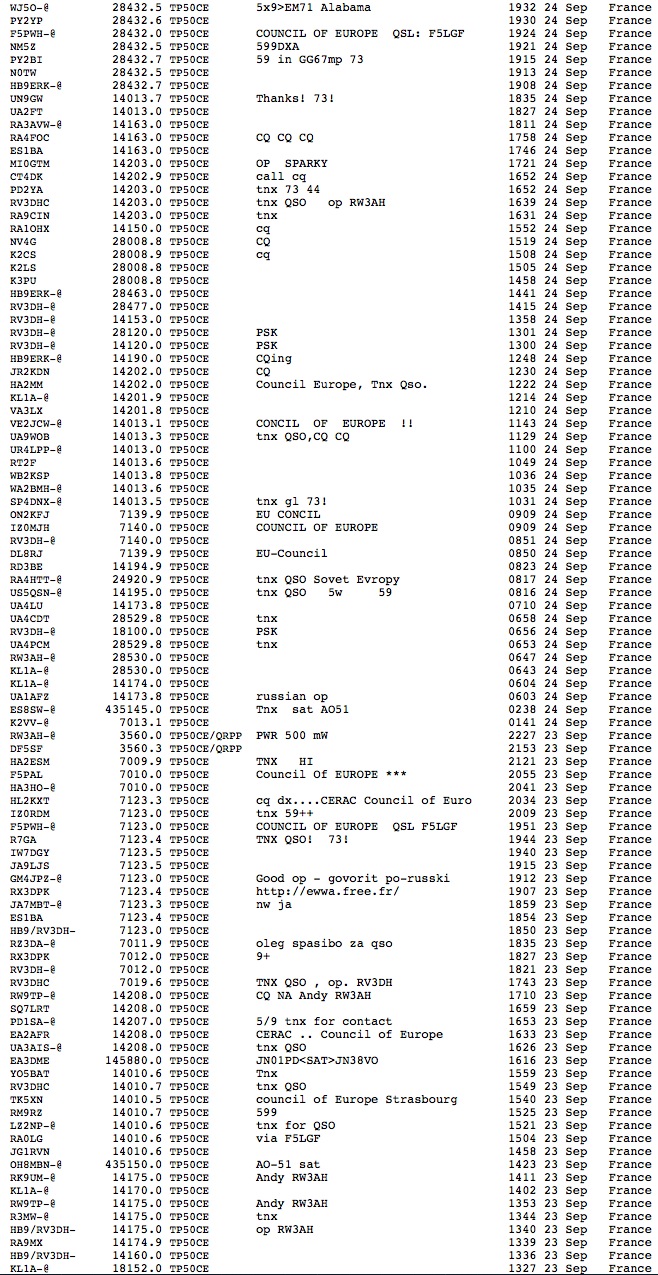