"Voice of America" about HAM Radio 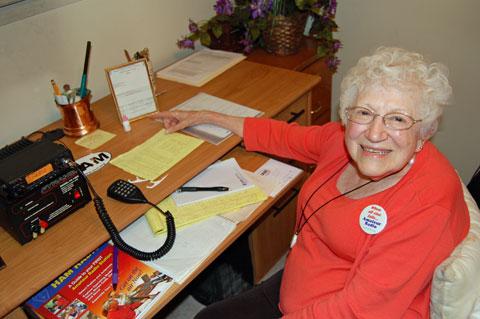 Helen Schlarman (W0AKI), 89, has multiple sclerosis and says ham radio lets her connect with friends she’s not able to see in person.

With millions of people posting up-to-the-minute photos on Facebook, checking Twitter and snuggling up to iPhones, it’s easier than ever to stay in touch.

So you might expect those old ham two-way radios to have gone the way of rotary phones by now. A few years ago, several blogs even put ham radio alongside 35 millimeter film and VHS video tape on a list of once popular things slated to disappear. But they were wrong.

In fact, the hobby where you can make your own antennas to send and receive signals and tap out messages in Morse code is thriving.