While searching deep space for extra-terrestrial signals, scientists at the Arecibo Observatory in Puerto Rico have stumbled across signals broadcast from Earth nearly half a century ago. 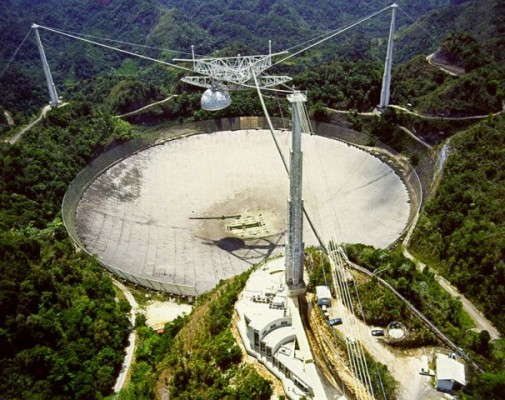 Radio astronomer Dr. Venn described how he made the historic discovery after analysing a number of signals originating from the same point in space. “I realised the signal was in the VHF Band and slap bang in the middle of 41-68 MHz. It was obviously old terrestrial television broadcasts, but they seemed to be originating from deep space.” After boosting and digital enhancement the resulting video signals are remarkably clear. 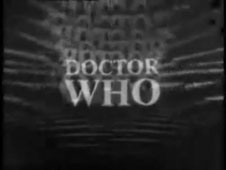 Responding to questions, Dr Venn was at pains to explain that little green men are not showing repeats of old Earth shows. “They are signals that left the Earth about 50 years ago and have bounced off an object or more likely a field of objects some 25 light years away”. Radio signals travel at approximately 300,000 kilometers per second. The distance the vintage signals have traveled in the intervening years is vast and whatever they are bouncing off is too far away to see with even the most advanced optical telescopes. “…we asked NASA if they could point Hubble at the centre of what we’ve named the ‘Bounce Anomaly’. NASA were very keen to help once they had seen our data.” However the $3 billion space telescope was unable to produce any clues as to what the signals are bouncing off. One theory is a massive cloud of asteroids is acting like a mirror in space reflecting radio signals from our past, back to us.

A BBC team have been working closely with Dr Venn’s team to help recover the signals. BBC Television historian Peter Wells, explained “We now know these are original broadcasts. So far we have recovered about 7 weeks of old television signals from space. Every day in our lab is like traveling back in time. And speaking of which we have just started the digital recovery of signals that contain lost Doctor Who episodes.
Doctor WhoLost Doctor Who episodes recovered from space.

The BBC will be archiving all the recordings recovered from space and there are plans to broadcast some of the highlights later in the year.