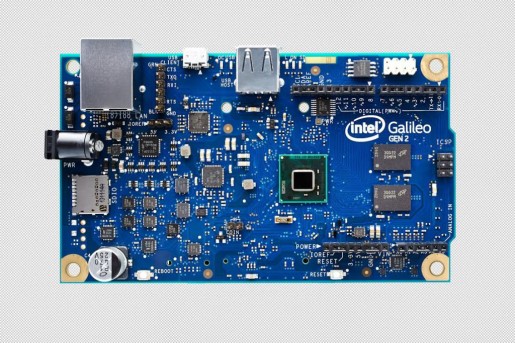 In late 2013, Intel launched Galileo, their Linux-powered, Arduino-compatible development board which runs on their silicon. Today, Intel officially announces the second generation of the Galileo development board, which was teased at MakerCon last May.

“We’ve made a number of enhancements to the Intel Galileo board based on feedback from the active Galileo user community,” said Mike Bell, vice president and general manager of the New Devices Group for Intel. The new board touts a slew of much-desired features such as a standard FTDI serial header for Linux debugging, 12-bit PWM for more precise servo control, Power-over-Ethernet (with installation of PoE module), improved GPIO speed and drive strength, a full-sized USB host port, and a power regulator that can accommodate 7 volts to 15 volts.

As with the first version of Galileo, the board still uses Intel’s Quark SoC X1000 with 256 MB RAM and 8 MB flash memory on the board, plus support for MicroSD cards up to 32 MB GB. And it’s pin compatible with the Arduino R3 pinout. The second generation Galileo is expected to start shipping in August at around the same retail price as the first generation board.