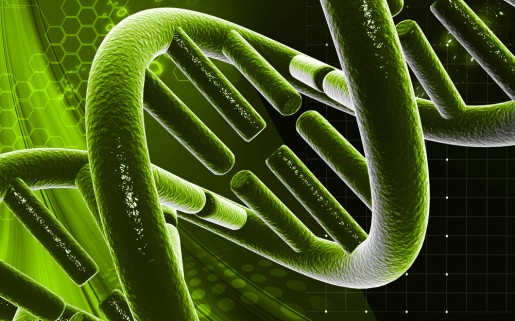 Bioengineers at Stanford University have turned living cells into data storage devices that can store a rewriteable small amount data, just like silicon devices. Sections of DNA in the researchers’ engineered cells can sit in one of two positions, representing the 0s and 1s of digital data. “Essentially, if the DNA section points in one direction, it’s a zero. If it points the other way, it’s a one,” Pakpoom Subsoontorn, one of the researchers in the study, said in a statement. Biological bits might help future scientists count cancer cells as they divide or study other life processes. For now, however, it’s accomplishment enough just to get biological stuff to hold and rewrite digital data, said Drew Endy, senior scientist in the project.

The researchers tested their method in cells of E. coli, which are commonly used in lab experiments. DNA sections in the E. coli cells depend on internal proteins to switch them between their 0 and 1 states. Using only one of the proteins, integrase, switched the DNA in one direction, while the other protein, excisionase, worked the other way. [Move Over, DNA, and Meet the More Durable XNA]

Putting the two proteins together in a cell, however, gave the researchers chaotic results. “If both are active at the same time, or concentrated in the wrong amounts, you get a mess and the individual cells produce random results,” Subsoontorn said. The research team worked for three years to find just the right balance of integrase and excisionase that allowed the researchers to control the switching.

Once the researchers finished fine-tuning their system, however, they found it worked reliably. To test how long DNA could store data, they let their switchable cells grow and reproduce for more than 100 generations. Just like large animals, cells reproduce, though they don’t exactly give birth or lay eggs. Instead, they double the contents of their innards, then split into two cells.

The Stanford researchers found that after more 100 such splits, all the descendents of a cell they’d put in a 0 or 1 position still held the original position. They also found that if they set a cell in one position, then let it grow and split for more than 90 generations, they could still switch all those cells to the other position, rewriting their data. [New Transistor is Made from Blood and Mucus]

Data-storing cells might be useful for tracking what happens in cells in several living processes. “Programmable data storage within the DNA of living cells would seem an incredibly powerful tool for studying cancer, aging, organismal development and even the natural environment,” Endy said.

But first, scientists will need to work on bringing the bio-storage technology up to silicon’s speed. “I’m not even really concerned with the ways genetic data storage might be useful down the road, only in creating scalable and reliable biological bits as soon as possible,” Endy said. As his next step, Endy said he wants to start storing eight bits, or one byte, of data, but he expects that effort will take another decade of work.