Raspberry Pi B+ Gets A+ 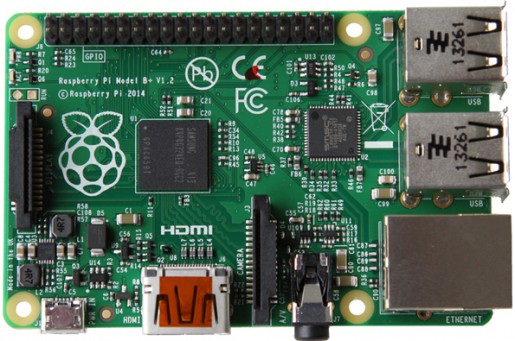 The Raspberry Pi B+ (Pic above) builds on the popularity and architecture of the Raspberry Pi A/B (see “Arduino, Raspberry Pi or BeagleBone?”). This new version addresses many issues including the addition of four mounting holes that will allow the platform to be used in more rugged environments. The overall form factor is the same but changes in interfaces makes the new board essentially a new platform.

The B+ retains the Broadcom BCM2835 system-on-chip based on an ARM1176JZ-F with 512 Kbytes of RAM, HDMI, and dual core media processors. The B+ doubles the number of USB ports to four and switches to a MicroSD card for external flash storage. Four USB ports means that most platforms that require a keyboard, mouse and WiFi or Bluetooth dongle can be created without resorting to an external USB hub.

The connectors have been rearranged to provide easier access to the audio and HDMI jacks and the power supply has been adjusted so it induces less noise in the audio side of things. Power consumption is between 0.5 and 1 W which is less that the B version.

The more interesting change is to the I/O header (Pic below)). The 40-pin connector has an I2C interface. The system now boots and scans for an I2C serial memory that provides information, and possibly Linux drivers, for the peripheral card. Unfortunately none of the USB ports is connected to the I/O header. 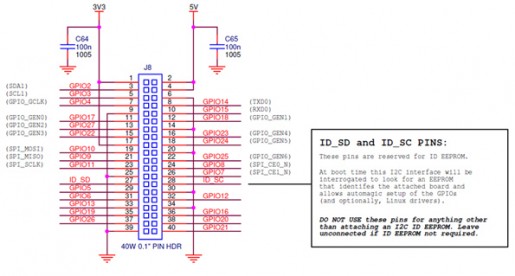 The expanded I/O and mounting holes will make a big difference in commercial use of the platform. Some may have wanted more memory or a change in processor platforms but that would have raised rather than lowered the power envelope at this point. Keeping the logic and memory the same means no changes will be needed to the OS or most applications.

The new board will be available from the same vendors as earlier versions such as Element14. Pricing remains at $35. The B version will be available for those who designed a system based on it but most will likely move to the more functional B+ version.