Ultra-low-power transistors could function for years without a battery 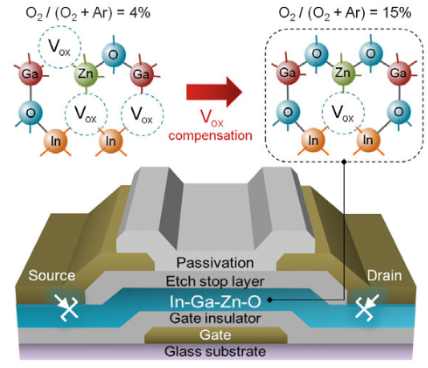 “If we were to draw energy from a typical AA battery based on this design, it would last for a billion years.” — Sungsik Lee, PhD, in the journal Science

Devices based on a new ultra-low-power thin-film transistor design by University of Cambridge engineers could function for months or even years without a battery, by operating on scavenged energy from their environment — ideal for the Internet of Things and for wearable or implantable electronics.

The transistors can be produced at low temperatures and can be printed on almost any material, such as glass, plastic, polyester fabrics, and paper.

Similar to a computer in sleep mode, the new transistor harnesses a tiny “leakage” of electrical current, known as “near-off-state current.” This leak at the point of contact between the metal and semiconducting components of a transistor, the “Schottky barrier,” is normally an undesirable characteristic of all transistors.

The new design gets around one of the main issues preventing the development of ultra-low-power transistors: the ability to produce them at very small sizes. As transistors get smaller, their two electrodes start to influence the behavior of one another, and the voltages spread, causing the transistors to fail to function. By changing the design of the transistors, the Cambridge researchers were able to use the Schottky barriers to keep the electrodes independent from one another, so that the transistors can be scaled down to very small geometries.*

The design also achieves a very high level of gain, or signal amplification. The transistor’s operating voltage is less than one volt, with power consumption below a billionth of a watt. This ultralow power consumption makes them most suitable for applications where function and longevity is more important than speed — as in the Internet of Things.

“If we were to draw energy from a typical AA battery based on this design, it would last for a billion years [ignoring chemical degradation of the battery],” said Sungsik Lee, PhD, first author of the paper in the journal Science.

* “To form a Schottky contact at the source/drain contact of the IGZO TFT, we decreased the electron concentration of the IGZO film by using a high oxygen-gas partial pressure against argon gas, i.e., Pox=O/(O2+ Ar), during the RF sputtering process, with subsequent thermal annealing for a more reliable contact.” — Sungsik Lee and Arokia Nathan/Science

The quest for low power becomes highly compelling in newly emerging application areas related to wearable devices in the Internet of Things. Here, we report on a Schottky-barrier indium-gallium-zinc-oxide thin-film transistor operating in the deep subthreshold regime (i.e., near the OFF state) at low supply voltages (400) that was both bias and geometry independent. The transistor reported here is useful for sensor interface circuits in wearable devices where high current sensitivity and ultralow power are vital for battery-less operation.