The DVAP, produced by INet Labs who brought you the DV Dongle, is similar to many of the homebrew D-STAR Hotspots. 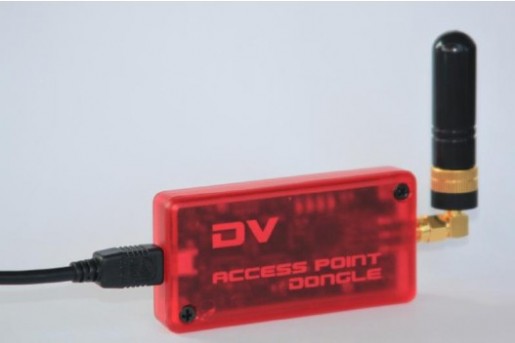 The device is used for simplex operations, but it does connect to the gateway. The DVAP plugs into your Windows or MAC OS X computers via the computer’s USB port and uses the internet connection to communicate with the D-STAR gateway. The DVAP has a very low-power signal at only about 10 mW. It’s similar to the functionality of a simplex Echolink link node. The device’s 10 mW signal on the UHF 70cM band is intended to reach only a few hundred feet, but it allows you to use your D-STAR HT away from the computer around your house or around your neighborhood at low power.

440 ONLY DV ACCESS POINT FOR D-STAR RADIOS 70CM ONLY