Barrett Communications design and manufacture a complete range of secure HF and VHF tactical radios. These equipment adapts easily from manpack to vehicle mobile and base station configurations. 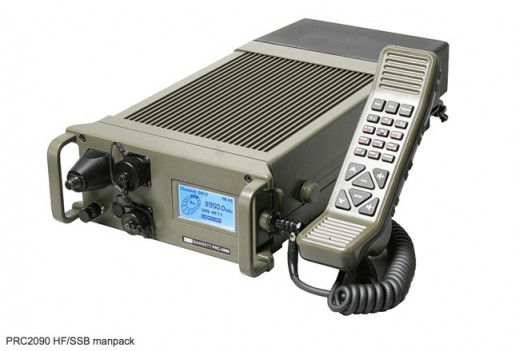 All of Barret’s products are supported with a complete range of accessories and antennas to suit any tactical requirement at a competitive price.
PRC-2090 tactical HF/SSB transceiver system 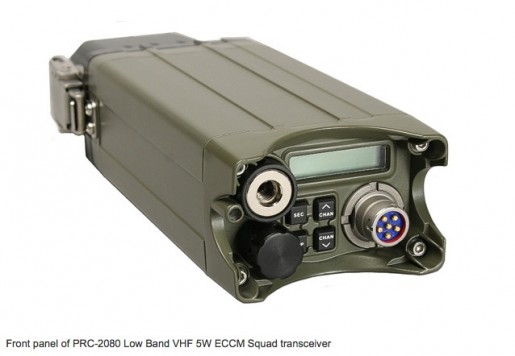 The PRC-2090 Tactical HF/SSB transceiver system is a multi role HF communications system that can be deployed as a 30W manpack, a 100 Watt vehicle mounted system or a 100W base station.

The hub of the system is the lightweight PRC-2090 HF/SSB manpack that includes an integrated automatic antenna tuner, a sophisticated battery management system integrated into each Li-ion battery cartridge, all mode operation, ALE to MIL-STD 188-141B, optional internal MIL waveform modem with 5066 stack ,encryption and frequency hopping.

The PRC-2090 transceiver is equipped with a demountable display that is designed to be attached to webbing, allowing the operator to make calls on the move or to be used remotely from the transceiver when used in temporary base stations. 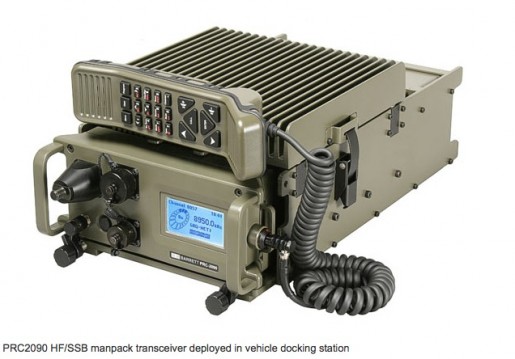 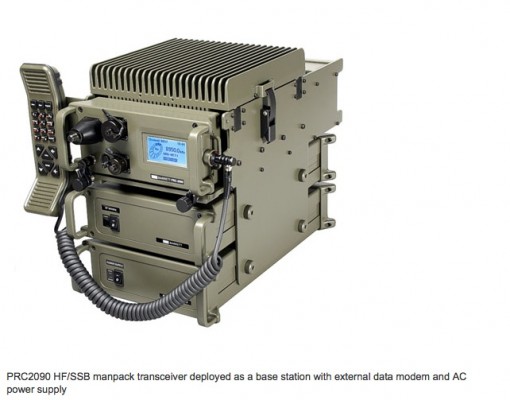 The PRC-2080 military transceiver system is a low band VHF communication device specifically designed for multi-role tactical operations. It is an extremely compact and lightweight unit, featuring only essential controls for ease of operation. The PRC-2080 is available with a secure fixed frequency (FF) digital encrypted mode, an anti-jamming digital encrypted frequency hopping (FH) mode and a digitally encrypted free channel search (FCS) mode. It is manufactured to comply with MIL-STD-810F for immersion, shock, vibration, dust and temperature rating specifications.

The PRC-2080 (ECCM) encrypted and frequency hopping options represent a significant breakthrough in the field of tactical military communications and the total package addition of the ECCM options costs as little as one quarter of competing military transceivers.

The PRC-2080 tactical system addresses four main roles. As a 5W backpack used with a short antenna it is suitable for squad/platoon level applications. With the PRC-2080 deployed in the 25W docking station and fitted with a full length tactical whip antenna it becomes capable of use at company/battalion/brigade level for use over ranges of 3 km to 25 km. When deployed in the vehicle docking station and combined with the 50W VHF amplifier the systems as in the PRC-2082, PRC-2083 and PRC-2084 can be used in vehicle, base station and rebroadcast applications. 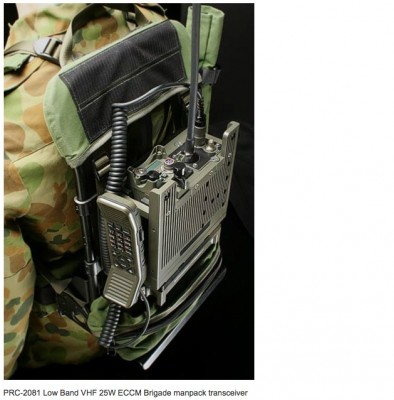 Back on the early yeras. Russian radar came back
CNN reported today that Russia has activated a missile defense radar that had been in test mode for much of 2011. The system is based in Kalingrad, Russia and according to CNN will cover all of Europe...

We want to buy the Military Patten HF Man Pack, please send a message to me when available, thank you ! ~