HBC3-A a DSP beauty that covers 12, 10 and 6 meters wins the ARRL homebrew challenge! 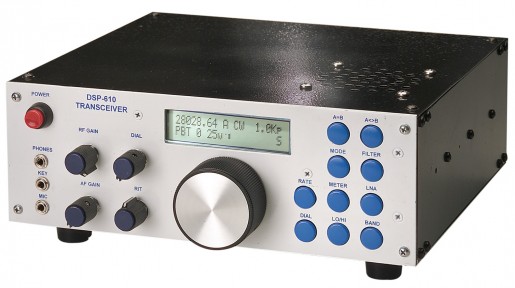 There were two separate entry categories for this challenge: single band or multiband. The single band unit could have been for either 10 or 6 meters and had to output 25 W PEP on SSB and CW, with a cost target of $150. The multiband unit had to put out the same power on both bands and be built for under $200 of parts. Each entry category had detailed requirements for receiver and transmitter performance. The FCC requirements for transmitter spurious response of -43 dB on 10 meters — and particularly the -60 dB on 6 meters — were expected to be tough. The first category had a prize of $200, while the second offered $300.

While we heard from others who expected to participate, two entrants brought or sent us working transceivers by the November 1, 2011 deadline. 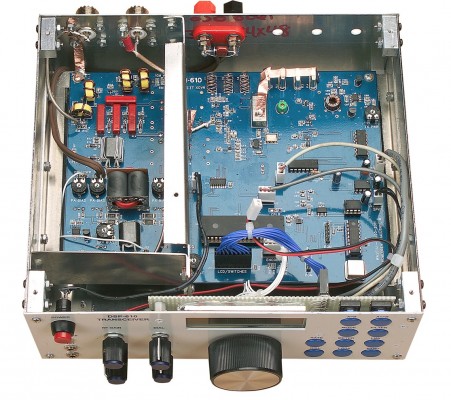 Jim Veatch, WA2EUJ, is no stranger to this competition, having been a winner in both the first and second Homebrew Challenge. His current entry is a compact competent transceiver that covers 12 meters, as well as 10 and 6 in a professional looking package that offers features well beyond the requirements. Jim made his DSP-610 for a total parts cost of $198.30. This remarkable radio is a dual conversion, downconverting superhet design that uses the latest digital signal processing technology from the second IF on. Bandwidth is selectable in eight steps from 0.4 kHz to 2.4 kHz, and tuning is via a DDS synthesizer designed for low phase noise.

Jim elected to make the DSP-610 on a single circuit board. This arguably makes the development more difficult than had he elected to use a modular approach, but for our readers it makes duplicating the project much easier. He was declared the sole winner of the Homebew Challenge III. Congratulations, Jim! A detailed article describing his transceiver will be in an upcoming issue.

Unlike Jim, Greg was a new face when he arrived on our doorstep with his entry under his arm. Greg made a professional quality transceiver that met all requirements except the parts cost limitation. With his background in military radar systems, Greg took a different approach to his development and construction, building his transceiver from modular elements, which allowed him to easily work on and finalize one section at a time.

Greg’s transceiver is a full size unit with the appearance of retro military gear. A look inside provides the tipoff that this is not a radio from a WW II bomber, but a modern HF transceiver built using the latest technology. Greg’s design incorporated some design techniques not commonly found in the homebrew community, including current feedback op-amps for RF and IF amplifiers, the Si570 PLL IC for the VFO, high performance audio-derived AGC and a modern LDMOS RF power amplifier transistor. His design is capable of operating on all HF and VHF bands just by adding the appropriate filters. The down side of this technology and flexibility was a total parts cost of $543.80, putting his transceiver out of contention for an official award. Still, it is a great transceiver and will result in an Honorable Mention certificate and an article in an upcoming issue of QST.