Hy End Fed Antennas from the Netherlands is run by Rob, PA3EKE and Ron, PA3RK. The company provides end-fed wire antennas either as mono-band or multi-band. The company’s name is meant to emphasise the high quality standards (‘Hy End’) as well as the concept of end-fed half-wave antenna (‘End Fed’). 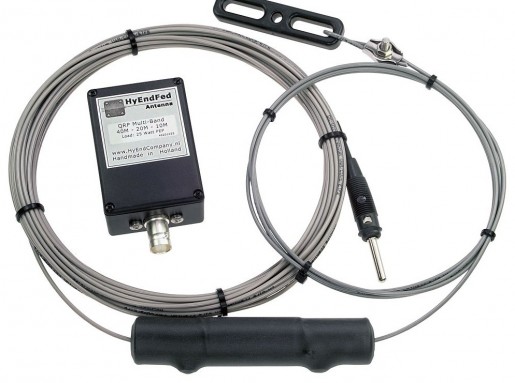 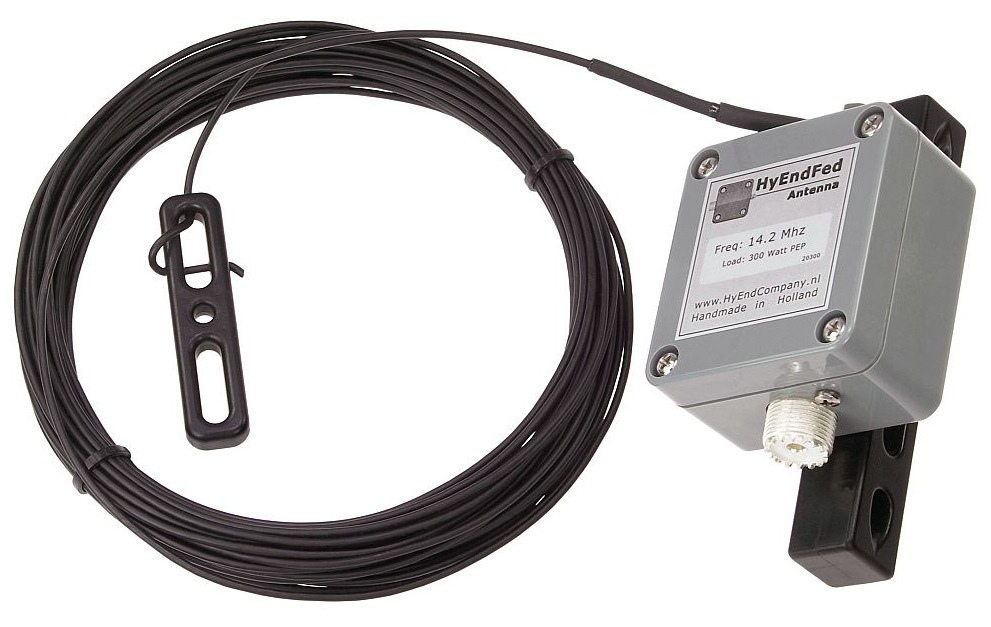 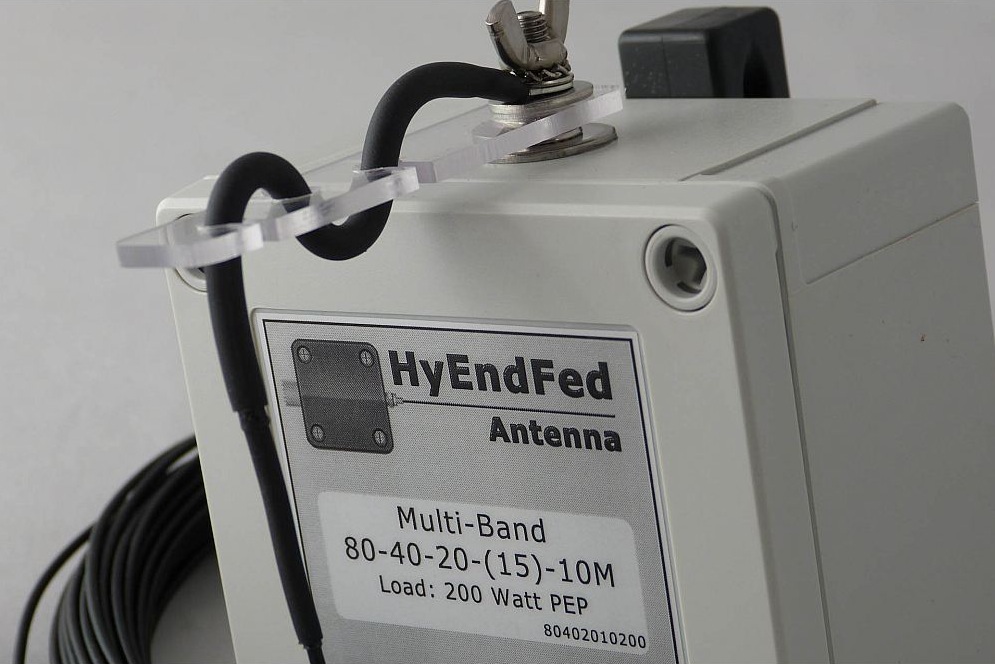 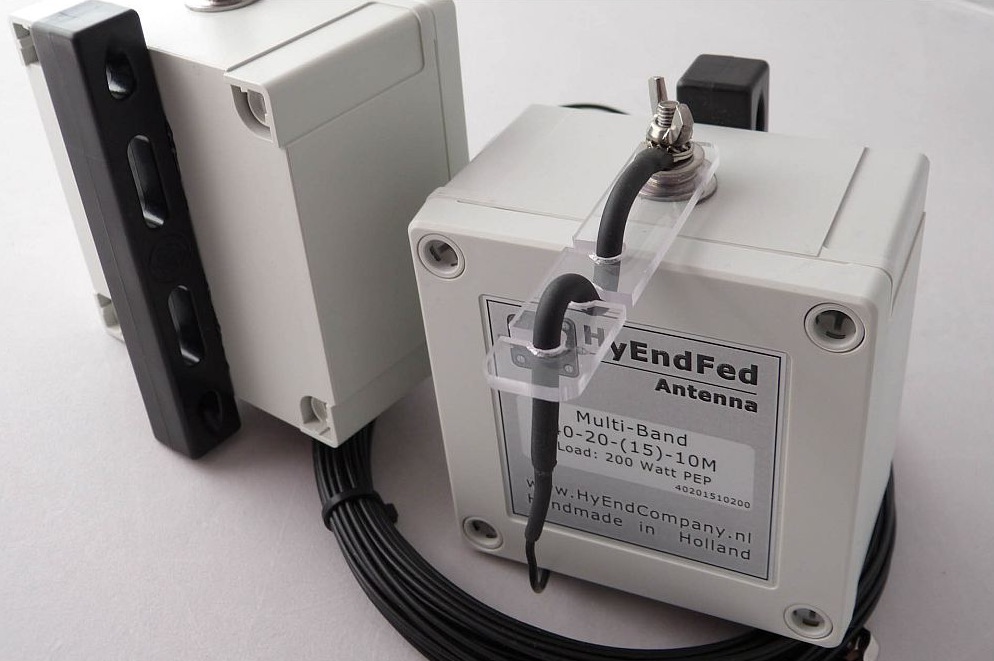 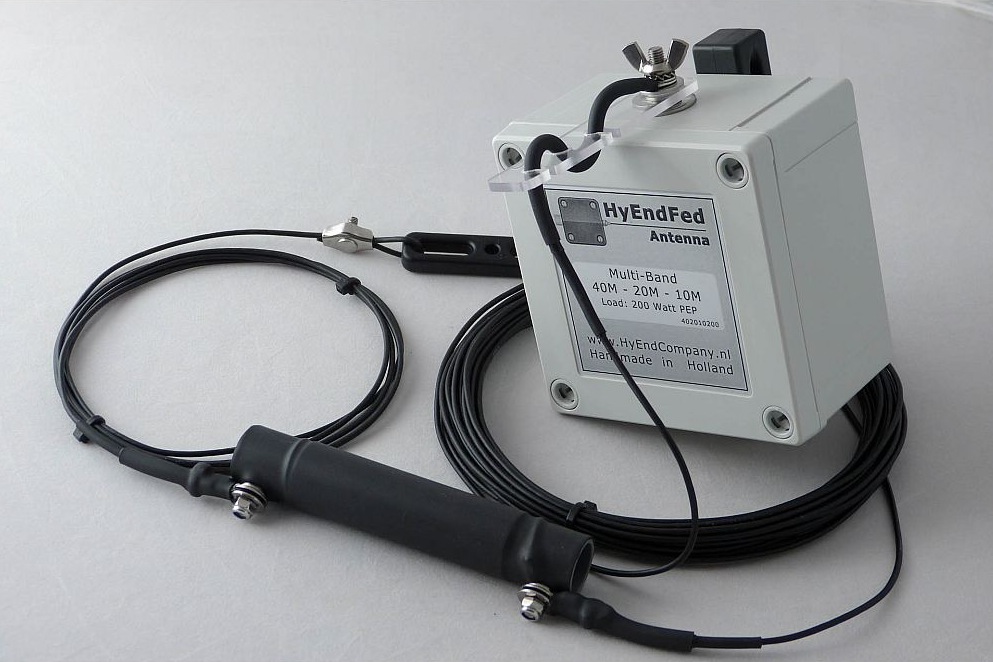 The problem with a lot of portable antennas and antennas in confined spaces is the low efficiency of those antennas. Greatly shortened verticals need a lot of radials for higher efficiency, a dipole would need two anchor points and a heavy feed cable in the centre. Usually this is not possible when going on holiday or with only little space to spare.

In this case a well known antenna concept like the half-wave antenna helps out. Half-wave antennas can be end-fed, because of that the heavy feed cable in the centre is not necessary and the antennas are easier to install. This way only a light fishing rod on the balcony or a suitable tree next to the house is needed. The greater length (λ/2 instead λ/4) increases the efficiency considerably. Single antennas for lower bands use an extension coil.

Another trick by HyEndFed antennas is the transformer (UnUn) with a relatively high transfer ratio of 1:50. Because of that the high impedance of an end-fed half-wave emitter is transformed down to a level with which built-in tuners work well. Sometimes no tuner is needed at all and a counter balance is not necessary either. This is another reason for the antenna design, especially on holiday or with little space. Also, the transformer can cover higher voltage rather easily making HyEndFed antennas capable of higher power. 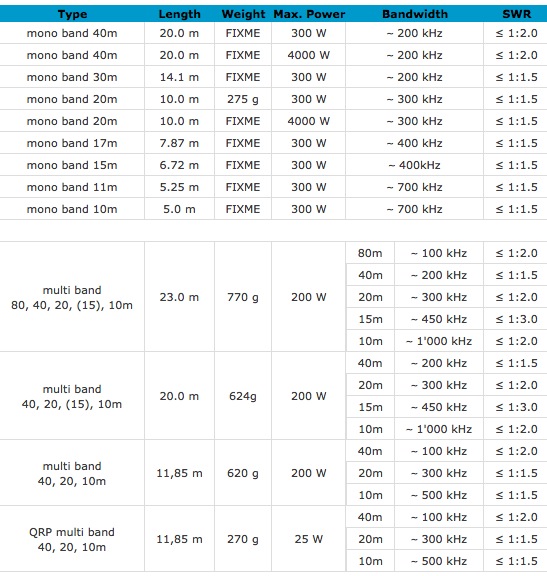 All power ratings in Watt PEP. All antennas have a PL-connector. There are isolators at balun and at the end of the wire for installation. It may be possible that a guy rope is needed in addition.