K6TU Remote is an iPad application that provides full remote control of a FlexRadio Systems® FLEX-6000 series radio over the network.

IMPORTANT: K6TU Remote is a very demanding application due to the network bandwidth required between the radio and the iPad coupled with the graphics load of the pan adaptor and waterfall. A modern iPad such as the iPad Air, iPad Air2 or iPad Pro is REQUIRED for best results. Older (slower) iPads will experience audio drop outs when the pan adaptor is scrolled or the slice is tuned. 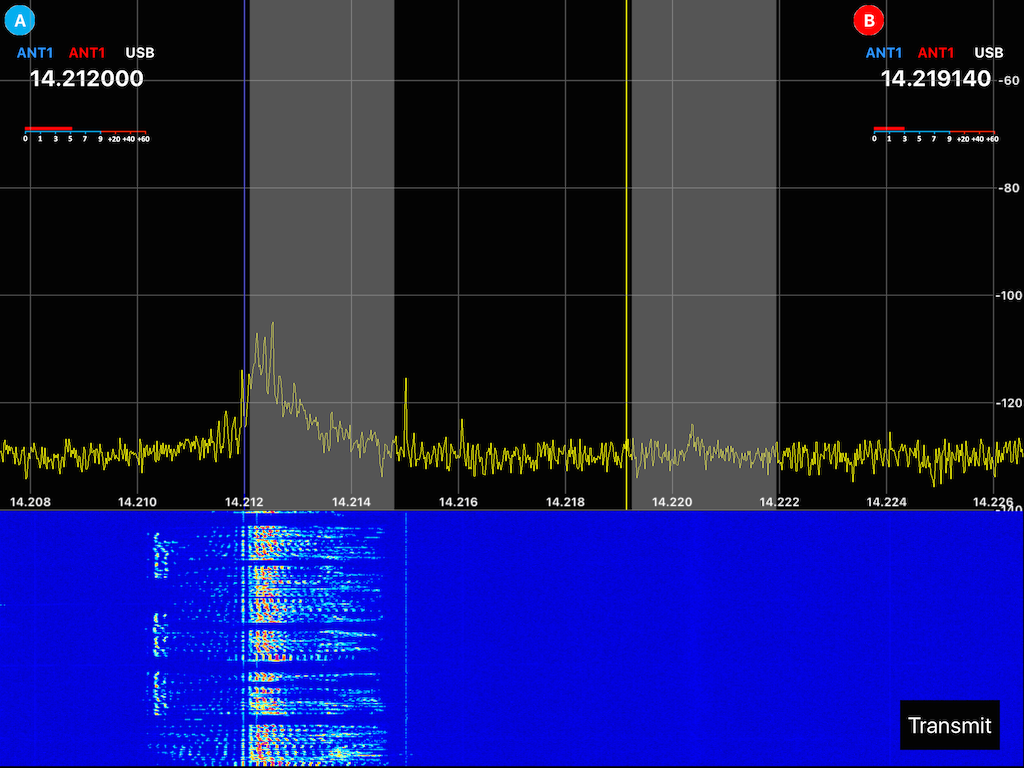 Using K6TU Remote you can control:

With a Virtual Private Network connection (user supplied), you can access your radio across the Internet providing you have at least 2 MBps of upstream bandwidth from your home and with a reliable remote Internet connection.

You can also use K6TU Remote via a VPN over cellular wireless data when WiFi is not available. IMPORTANT: The bandwidth required to support remote audio and the HD pan adaptor display is bandwidth intensive and can consume up to 1 Gigabyte of data per hour. Operation over WiFi is strongly encouraged to avoid excess bandwidth charges on your cellular data plan.

Release V1.1 of K6TU Remote is availabe from the Apple AppStore as a free download which supports receive operation on a single slice. In-app purchases allow the purchase of either a 30 day or 1 year subscription unlocking dual slice reception for working split operation as well as phone (voice) transmit capabilities using SSB or AM modes. CW transmission using a keyboard is planned for the next release.

A subscription provides access to all features released in new releases during the term of the subscription without additional cost. You can extend a subscription at any time with the new subscription taking effect when the current one expires. After a subscription expires, the application reverts to receive operation on a single slice.

K6TU Remote works with most typical home network configurations where the radio is accessible via the WiFi network.

If you connect to the Internet from your computer via WiFi AND you have the radio directly plugged into the computer’s Ethernet port, we strongly advise purchasing a WiFi Extender with Ethernet ports before using K6TU Control. Plugging your computer and the radio into the WiFi Extender will insure that your radio and iPad are on the same network and be able to connect to one another.