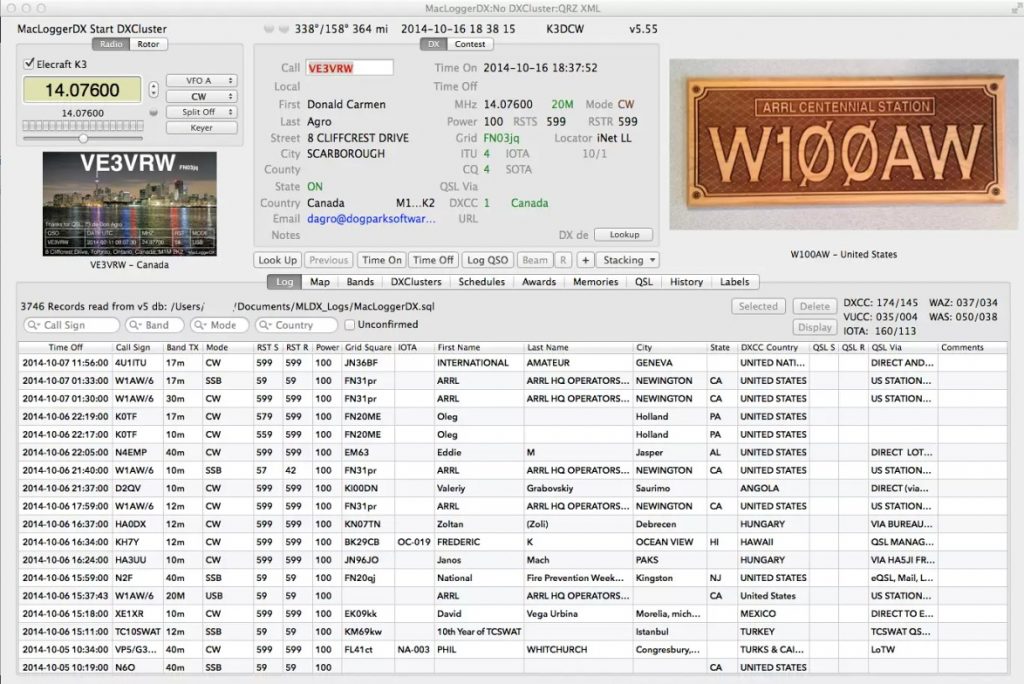 Dog Park Software has announced that version 6.38 of MacLoggerDX has been released.

What’s New in this version:

MacLoggerDX is The Mac Ham Radio Logbook choice in 120 countries. Features include:

This is a free update for all Version 6 customers and can be downloaded from: http://dogparksoftware.com/MacLoggerDX.html

RUMlogNG version 5.7.1 for MAC
Tom Lindner (DL2RUM) has released v5.7.1 of RUMlogNG for direct download or via the App Store. RUMlogNG is a HAM radio logging, QSL handling and printing tool, especially made for the short wave DXer,...