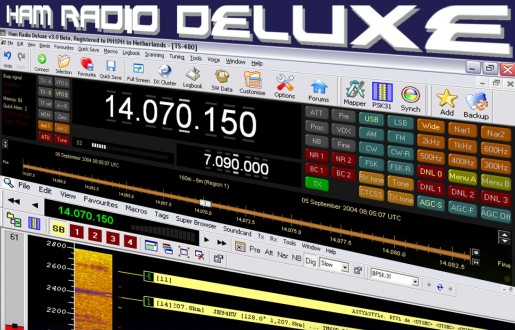 HRD Software, LLC announces the release of Ham Radio Deluxe 5.1. This version incorporates fixes and some new features for DXers.

“This is our first release since obtaining the source code about 90 days ago,” said Mike Carper, WA9PIE. “My partner, Rick, W4PC has done an outstanding job at becoming familiar with the code and developing the applications. We were fortunate to have a few key resources like Chuck, K7PT and Terry, G4POP to help us QA the builds as they’re developed.”

The 5.1 release is being made available at no charge to users registered on the HRD website. The focus for this release was a few items from the ToDo list – bug fixes, added rig support, and a few enhancements.

Mike said, “I think we’ve taken a balanced approach to getting something out quickly that satisfies a broad range of needs. I hope hams will enjoy the improvements. Obviously, this is only the beginning. We’ve got big plans and high-expectations for HRD in the future.”

Following the 5.1 release, HRD Software intends to focus on more fixes and significant feature enhancements for v6.x with a target release at the Dayton Hamvention 2012.

• Confirm Delete QSOs should display number of QSOs to be deleted DX Cluster
sh/mydx – Added feature for DX Spider connections that makes use of server-side filters. This enables the user to eliminate spots from the initial cluster connection. This is user selectable between sh/mydx or sh/dx, however there is no difference in the behavior of sh/mydx if there are no server-side filters. This enhancement is found under DX cluster options.

Set mode (in addition to frequency) when selecting a spot. This feature will be improved in future versions to include user-defined band plans. In this release, RTTY changes mode to USB (because DM780 doesn’t currently support FSK).
Fixed a bug where the CQ zone was taken from the countries file and not from QRZ.

Added vertical scrollbars to My Station and other tabs; when the size of the ALE window is smaller than that capable of displaying the entire array of fields comprising the My Station Tab, a vertical scroll bar is available at the right vertical edge of the tabbed portion of the dialog.
QRZ subscribe button added
All date/time controls now support UTC
Short path and long path headings and distances shown in ALE
HRD Radio Support
Support for Icom IC-7600 Enhancement Completed 5.1
Support for Icom IC-7410 Enhancement Completed 5.1
DM780 – ALE Window

When ‘First name’ is selected only the first name is being displayed in the QSO which is correct but the entry to the logbook should be ‘Full name’ not just the first name as it is now.
DM780 Soundcards Sync with ROC