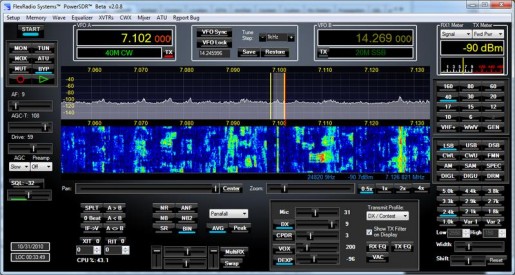 FlexRadio Systems recommend that all customers upgrade to v2.5.3 (see the links below). PowerSDR v2.5.3 contains several new enhancements and bug fixes. As with any new release of PowerSDR v2.x it is highly recommended that you review the PowerSDR v2.5.3 Release Notes before installing. If you are upgrading from PowerSDR v2.3.5 and have not installed PowerSDR v2.4.4 which contained a new Firewire driver, the Release Notes will provide important information regarding the upgrade as there is a new Firewire driver and firmware that is not backwards compatible with previous versions of PowerSDR 2.x.

While all the improvements and bug fixes are too numerous to detail, the following is a list of major changes since the previous official release, PowerSDR v2.4.4. A full listing is included in the Release Notes.