80m Dipole kit: This option adds a wire dipole that runs parallel to the boom, using the end loop elements for capacity hats. Performance is only 0.8dB down in gain from a full sized 80m dipole and there is zero interaction with antenna and no wind load added. 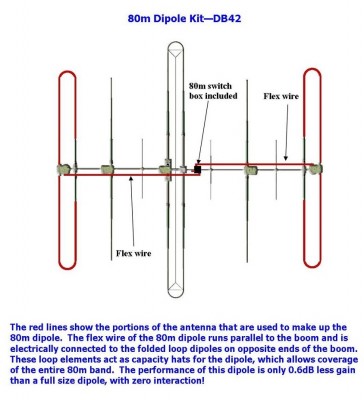 The DB42 Monstir Pro is currently the largest of the Dream Beam series of Yagi antennas, with 5 elements on 20m-6m and 3 elements on 40/30. For those who aspire to the pinnacle of performance, the DB42 provides coverage from 80m through 6m (with optional 80m dipole kit). The DB42 has a 49 ft looped driven element. This patented design allows us to make the end loop elements only 39 feet long, yet the performance is as if all 3 of the loop elements are 49 feet long. The folded dipole loop technology lets the footprint be 40% less than that of a full size yagi, losing only 0.4dB in gain performance. 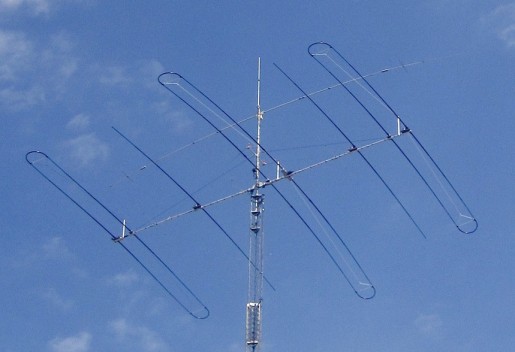 The DB42 has a optional 80M dipole that works with the SDA100 controller for effortless tuning throughout the entire 80M band. The dipole runs parallel to the boom and uses the end elements as capacity hats, creating zero interaction with the rest of the antenna.

The 6m passive element option for the DB42 adds 3x fixed elements to the antenna, for a total of 8 elements on 6m. With no interaction or wind load added to the antenna, this option creates a 6m Yagi with 14.0 dBi of gain and 25 dB of front to rear! 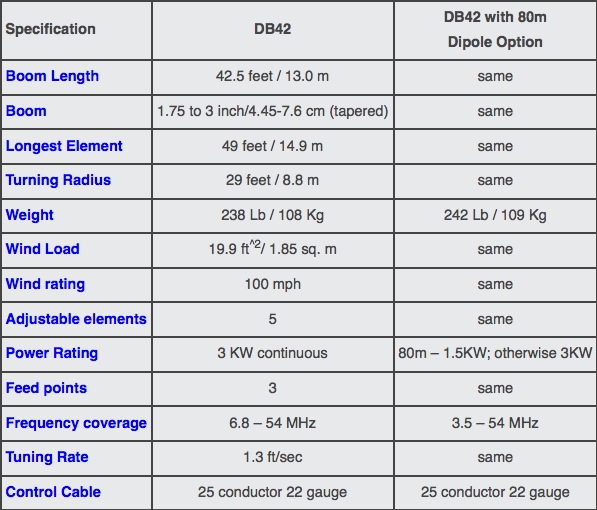 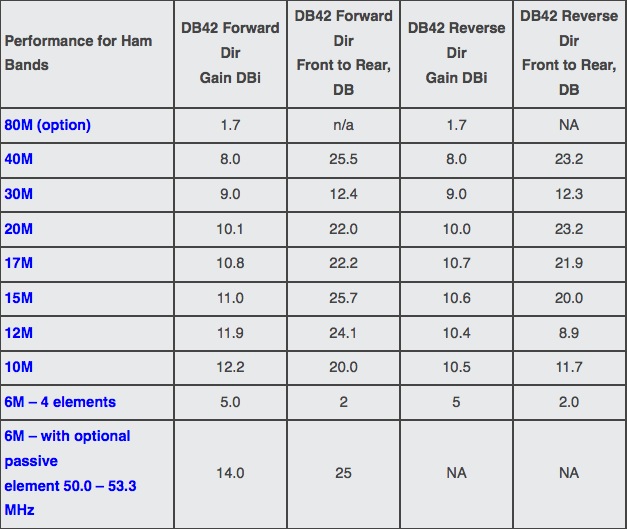