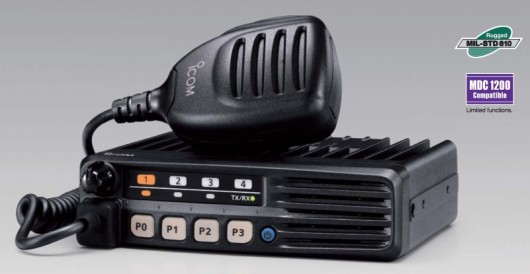 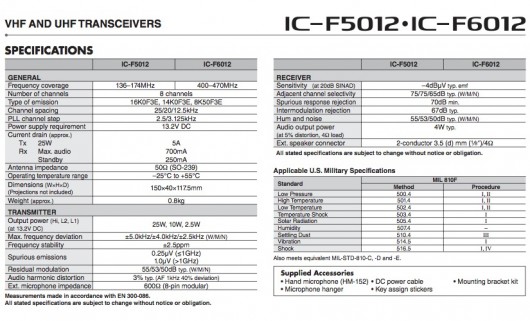 The IC-F5012 series has 8 channels. The P0-P3 programmable buttons allows you to customise the radio to suit your needs and convenience.

Use the built-in 2-Tone, 5-Tone, MDC 1200, CTCSS and DTCS capabilities as standard to set up your own talk groups and quiet stand-by when others are talking.

Up to ten 2-Tone or eight 5-Tone codes can be decoded on a channel. Features such as stun, kill, revive, answer back, auto TX, scan, audio output are programmable to respond to each tone.

The IC-F5012 series has a built-in MDC 1200 for transmitting a PTT ID and emergency* signal and for receiving radio check, stun and revive. Assimilate the radio easily into existing MDC 1200 systems. (* No ACK transmission)

The priority scan function allows you to monitor one or two prior- ity channels while scanning other non-priority channels. The Tx channel and talk back functions allow you to make a quick re- sponse while scanning.

DCM-2 / DCM-70 Receive Converter 3m, 2m and 70cm to 10m
Receive Converter from V/UHF to the 10m Band, ideal for SDR (Software Defined Receivers) and all other receivers. With the down converters DCM-2 and DCM-70 you can extend the frequency range of your...