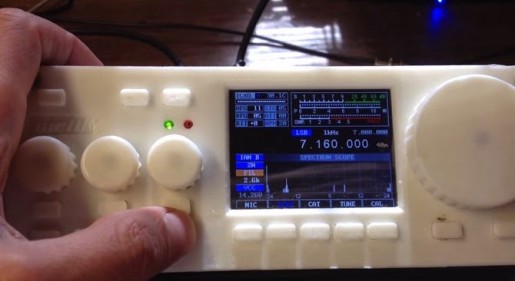 The original idea was born two years ago when I got really interested in the 70Mhz band and found out that I had to homebrew something as commercial gear at that time was not available. My choice was Softrock Ensemble and OZ2M transverter. The extra part was a bulky and power hungry PC. So I decided to replace it with an ARM microcontroller. This is how the TRX4M project was born and I have been on the air with it ever since.

Last year I decided to remove all extra complexities from TRX4M and produce a design for a very cheap, affordable and functional QRP radio. This is the mcHF.

My major inspiration was the Softrock and the SDRCube projects. Without those I wouldn’t have had an idea where to even start. I also love the KX3 form factor and the ICOM IC-7600 user interface, you can see some design ideas from both have inspired the mcHF look. My gratitude also to Eric Brombaugh for sharing his I2S driver source as it gave me the push to pursue this project on the STM32F4.
M0NKA 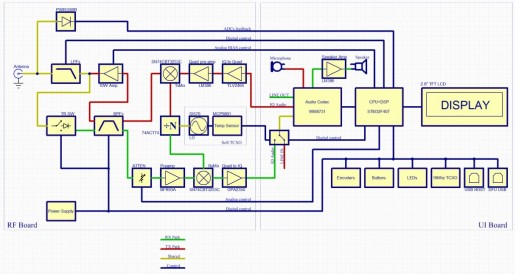