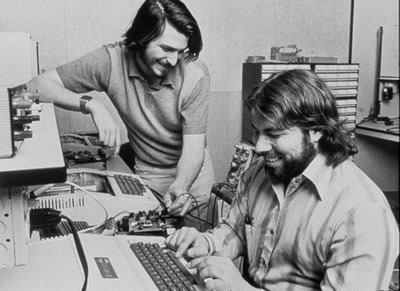 The Daily Targum reports on a speech given to young entrepreneurs and professors by Steve “Woz” Wozniak WA6BND / WV6VLY, co-founder of Apple Computer, Co. The newspaper says “When Wozniak was 10 years old, he received his ham radio operator license and built his own ham radio — an amateur radio that uses a designated frequency for private recreational purposes.”

Steve initially got a Novice call sign WV6VLY. In 1960 Novices were limited to 75 watts input, crystal controlled on segments of the 3.5, 7, and 21 MHz bands, he later got the call WA6BND.

Checkout this bio about Steve Wozniak, co-founder of Apple: