“Association of Amateur Radio Kosova” (Shark) is not admitted to the International Amateur Radio Union (IARU), although Pristina in the campaign, which cost a lot, helped the Dutch, Croat and Finn.

On a recent poll in the IARU, “Republic of Kosovo” has not received the recognition in the world ether, because her admission to the equal membership of the Union, which would involve the prerogatives of the state, to prevent Serbian radio amateurs. This confirms Goran Marjanovic, a famous radio amateur from Gornji Milanovac, excellent officer from generation to do. “The main battle in the ether we made against a group of” amateur radio “rather pirate from several European countries, which are radio-amateur frequencies without permission are working with Kosovo and Metohija. This they wanted to worldwide radio-amateur public bets before fait accompli and extortion reception phantom “Association of Amateur Radio Kosovo” in the International Union of Amateur Radio “says Marjanovic. 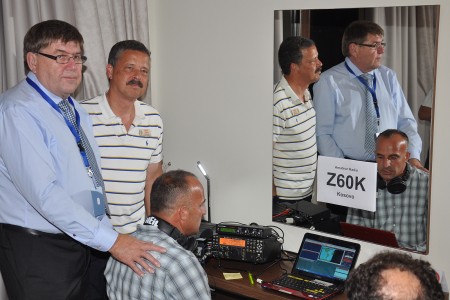 Among the officials who were in vain affected to a status of the state in the world’s radio waves were former president of the First IARU Region Hans Blondel Timerman from the Netherlands, member of the Executive Committee of the region Nikola Percin from Croatian and Finn Martti Laine.