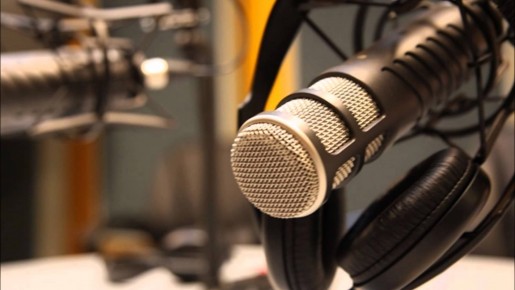 According to a report going to Parliament for the BBC’s broadcast charter proposal, the BBC is preparing for an Internet-only world for broadcasting. This has prompted an investigation of other radio broadcasting services by Radio World magazine to get their take on this perspective. Part of the article “Is Broadcast Radio Doomed”  follows:

Conventional radio and television broadcasting are doomed, eventually. Or so one might reasonably assume from reading “British, Bold, Creative,” the BBC’s broadcast charter proposal for the next decade of its mandate. The BBC’s 10-year broadcast charter is up for renewal in 2016. The proposal is the Beeb’s funding pitch to Parliament.

To be sure, the BBC didn’t use the word doomed, or put a timetable on it. However, over the next 10 years, “We will be moving to an Internet-fit BBC, to be ready for an Internet-only world whenever it comes,” states the BBC proposal. The only limiting factor will be to “move at the pace of our audiences”; ensuring that older subscribers have access to content on radio and TV as long as they need it.

Subsequent to issuing this proposal, the BBC announced that it is reorganizing its internal divisions along content rather than platform lines. For instance, “Each overarching division would have subsidiary divisions such as BBC Youth, a mooted subdivision of BBC Entertainment, which would include the online channel BBC Three, and pop music station Radio 1,” reported The Telegraph newspaper . . . .

In the current transitional environment, it is impossible to see just where broadcast radio will be in 10 and 20 years’ time. The BBC’s prediction of an inevitable “Internet-only world” notwithstanding, there are still many parts of the Third World where one-way radio broadcasts remain the only economical, effective way to reach mass audiences; no matter what advances are being made in 4G-and-beyond smartphones in the First World. Add broadcast radio’s resiliency in the face of natural and man-made disasters — compared to the frequent overloading and failure of cellular telephone networks during such incidents — and the notion of shutting down broadcast lifelines seems unlikely in these regions.

– See the full article at: http://www.radioworld.com/article/is-broadcast-radio-doomed/278577#sthash.YrBAkCfQ.dpuf

The demise of broadcast radio has been predicted many times in the past 50-60 years and yet it remains. Still there is a growing mindset in what I call  the Western culture’s business mindset that the pervasiveness of the Internet is the dominant factor in future media decisions. This is the same justification for various governments reducing or eliminating SW Broadcast budgets. After all “Everybody has the Internet now!”

This is a mistake, and belies a Western-centric view of the world. I cannot claim to know the real numbers, but I have little doubt the numbers representing Internet availability are inflated, partially because of assumptions and partially for selfish business interests.

In an ever-competitive entertainment market broadcasters (and governments) are naturally worried about such things as market share and the like, but this is only looking at things from one side of the coin. Anyone who uses the Internet outside of the home knows data fees can become enormous, and therefore we watch just how much traffic we pass through our wireless devices. (Yes I admit it – any place I go regularly which has “free Internet” gets loaded into my list of networks so as to keep my data charges down.)

How many people are going to listen to radio streams like they do now to radio broadcast stations? Are you going to drive home with your radio on through the Internet? I doubt it. Similarly how many people listen to the radio in places where there would be no coverage of wireless? I believe the market share would decrease rather significantly in these same western cultures where the Internet is indeed plentiful, but not certainly not free.

Having been involved in the early days of the public Internet back in the 90s, I remember meeting with city planners when they were looking to offer free Wi-Fi within the city so everyone could have access. While the idea sounded good, the logistics of equipment, and more importantly the expense of such an ongoing system, quickly laid such plans to rest for most government budgets.

I hope the pendulum swings back over time and business leaders and government officials recognize the value of both shortwave and OTA radio broadcasts. The Internet is a shiny diversion to be sure, but it is not the answer to all of our media needs. And whether folks like to admit it or not, the Internet is a fragile thing. As the old saying goes, a chain is only as strong as its weakest link. How many times a year does your Internet service go out for no apparent reason, much less because of weather or other disasters?

Broadcast radio needs to be supported for many of the same reasons as shortwave radio – there simply is no more reliable way getting information out to the most number of people over the greatest possible coverage area.

Robert Gulley, AK3Q, is the author of this post and a regular contributor to the SWLing Post.