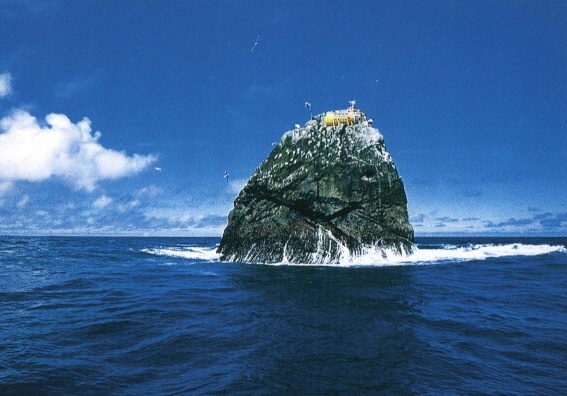 Belgian radio enthusiasts have succeeding in their attempt to broadcast from the remote North Atlantic islet of Rockall.

The volcanic rock is 100ft wide and 70ft high and a 250-mile boat trip from Stornoway on the Western Isles.

The group had been trying to get onto Rockall for much of the week but were defeated by high winds and huge seas.

Two made it onto the rock on Saturday and were transmitting overnight using amateur radio equipment.

The UK annexed Rockall in 1955, but its ownership is disputed.

During the week the Rockall 2011 Belgian Expedition crew making the attempt were so seasick they withdrew to St Kilda to recover.

But with conditions improving on Saturday they said team member Patrick Godderie managed to secure a line to the rock, clamber ashore and reach the top of Rockall.

Another of the seven man team also made it onto the rock.

A message on the group’s website said: “We have landed!! Patrick, ON4HIL is the first to land on Rockall!”

After setting up their equipment the pair began transmitting overnight. They returned to their vessel on Sunday.

The expedition is part of a programme called Islands On The Air (Iota) where radio hams try to log contacts with remote locations.

In the past Ireland, Iceland and Denmark have lain claim to the rock and to the possible oil and gas reserves surrounding it.

Ownership is now being examined by the United Nations in the light of competing claims from Iceland, the Faroes and Ireland.

The earliest recorded landing on Rockall was believed to be in 1810, by an officer called Basil Hall from the HMS Endymion.