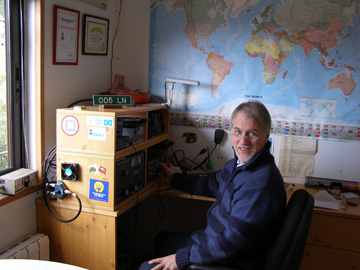 According to the source the man – identified as Manfred Peter Mog- was arrested in the area of Talia, in Eastern Lebanon, on Monday afternoon.

Mog, 58, worked at the dairy factory “Liban Lait”, near the ancient city of Baalbeck, in charge of the maintenance of all equipment in the facility.According to the source the German citizen was questioned about sophisticated transmitters in his possession.

The German embassy in Beirut refused to confirm or deny if Mog was registered at the embassy as a German citizen working in Lebanon.

The factory where Mog worked was destroyed during the July 2006 Israeli conflict with Lebanon.

In the past year around 70 people have been arrested in Lebanon on charges of spying for Israel.

Last week the Lebanese cabinet unanimously agreed to file a complaint with the UN Security Council against Israel, over alleged spy rings uncovered in Lebanon.

Israel has not commented on any of the Lebanese charges.

The 13-member Hezbollah bloc in the Lebanese parliament stressed “the need to uncover and execute individuals charged with collaborating with Israel.”

Under Lebanese law, convicted spies face life in prison with hard labour or the death penalty if found guilty.

The callsign belongs to Manfred Haug in Aalen, Germany

What a load of crock. It sounds to me like someone over there in the Lebanese Army was having a bad day with nothing to do and decided to “find” a spy in the woodwork.
this has already sprouted lots of bad publicity across the world in various magazines and websites. IMHO, the commanders and the person in charge of this little bit of idiocy ought to be made to get his/her ham license and find out what all of this hub bub about “sophisticated” radio gear is about. Been a ham, radio announcer, network radio operator, and am now a photojournalist in my long career. The idiots like these people who screwed with this good person should lose their jobs, whatever they are. They don’t belong in government service in their country.