Give the satellite to radio amateurs for experiments

Give the satellite to radio amateurs for experiments. Why Not? The Gift for 300 Billions USD 🙂 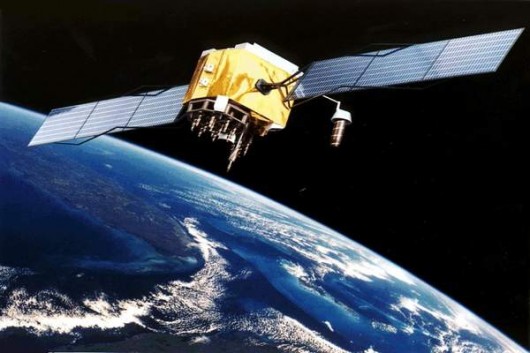 Controllers in Contact with Russian Satellite Dropped Off in Useless Orbit

The Russian Express-AM4 satellite launched Aug. 18 into a bad orbit is communicating normally with ground controllers, has partially deployed its solar arrays, pointed to the sun and is in a safe and stable standby mode, the satellite’s prime contractor said Sept. 12.

Astrium Satellites of Europe, which built Express-AM4 for Moscow-based Russian Satellite Communications Co. (RSCC), nonetheless concurs with RSCC that the satellite’s orbit is so far off its intended drop-off point that it cannot be salvaged, Astrium Satellites Chief Executive Evert Dudok said.

Dudok said that because of the unplanned orbital location in which Express-AM4 found itself following a badly off-target launch aboard a Proton-Breeze M rocket, it took ground teams about a week to determine the satellite’s location.

When they did, they found a spacecraft that had placed itself into safe mode awaiting further instructions.

“It went into safe mode and opened two wings of its solar array — the normal procedure,” Dudok said during a press briefing here. “After a week or so, we had data accurate enough to start communicating with the satellite. It has power, it has heat, and it can communicate. But from our perspective it is in a lost orbit.”

Dudok said the satellite’s ownership has transferred to RSCC, which will decide what to do with it, and when to move it into a graveyard orbit out of the way of other spacecraft, following consultations with Express-AM4 insurance underwriters. The satellite’s launch was insured for about $300 million.

Once insurers agree to pay RSCC’s claim of a total loss of the satellite, these underwriters will have the right to own the satellite if they wish. Industry experts have said they concur with RSCC that moving Express-AM4 into operational position in geostationary orbit would use so much on-board fuel that the effort would be of dubious value.

VE3VRW Amateur Radio Satellite Gateway
httpvh://youtu.be/8tOJX-oOZ2Q Video by VA3SF VE3VRW provides a downlink gateway which he links into our Repeater Network. The Gateway can be heard in the Toronto area via the SSPBD Amateur Radio Network...