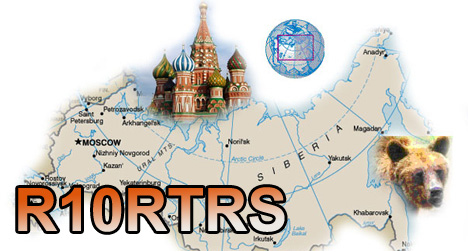 Celebrating the 10th anniversary of the Russian Television and Radio Broadcasting Network, a cooperative of broadcasters independent of the Federal Government of Russia, R10RTRS will be on the air from August 13th through August 26th, 2011.

R10RTRS will be active for the specified period with each of the following regions to be heard for a period of two days each: R10RTRS/1, 2, 3, 4, 9, 0. Awards will go to the top ten stations scoring the most contacts across several bands using a variety of modes. A special plaque will be awarded to the top scorer of the event, along with special awards for international competitors.